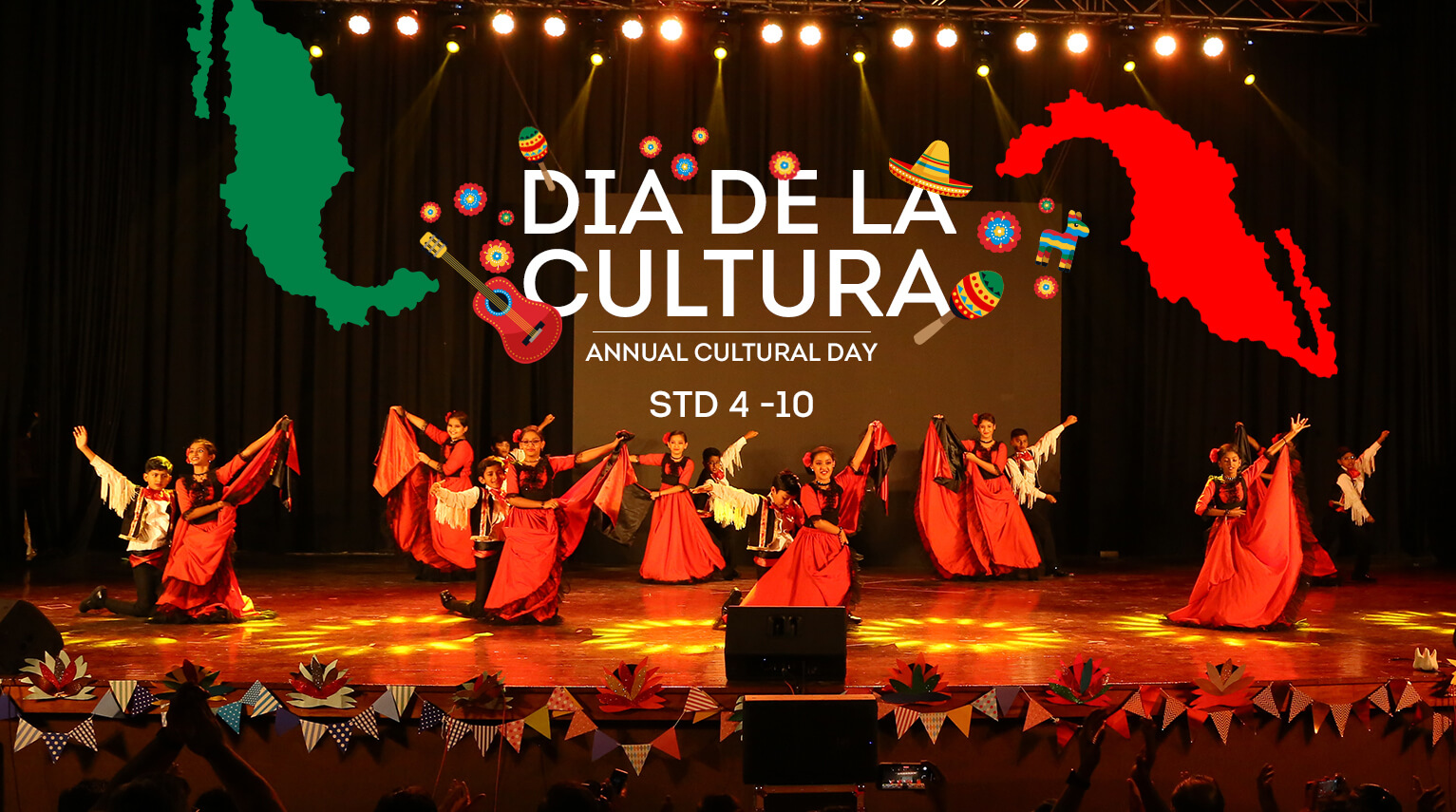 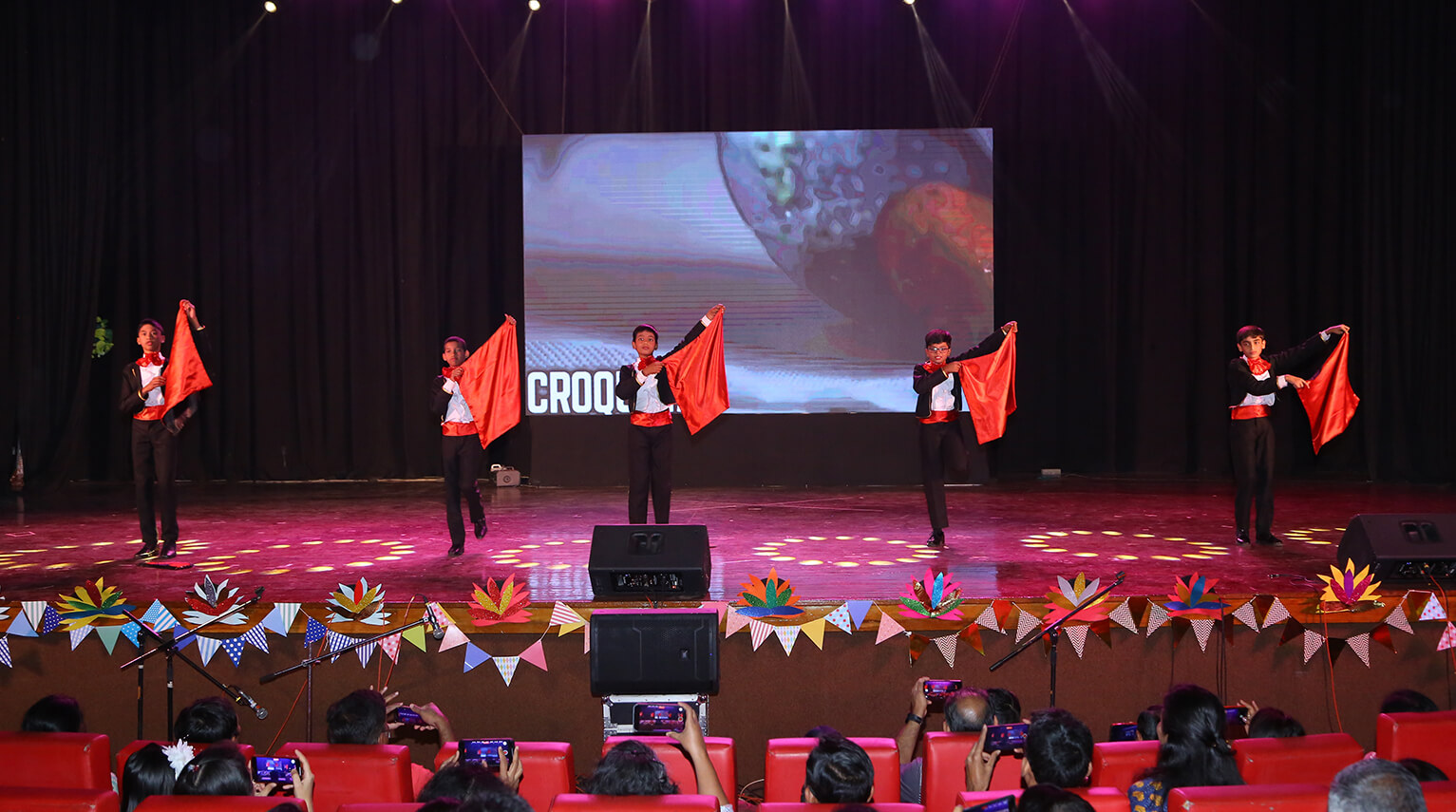 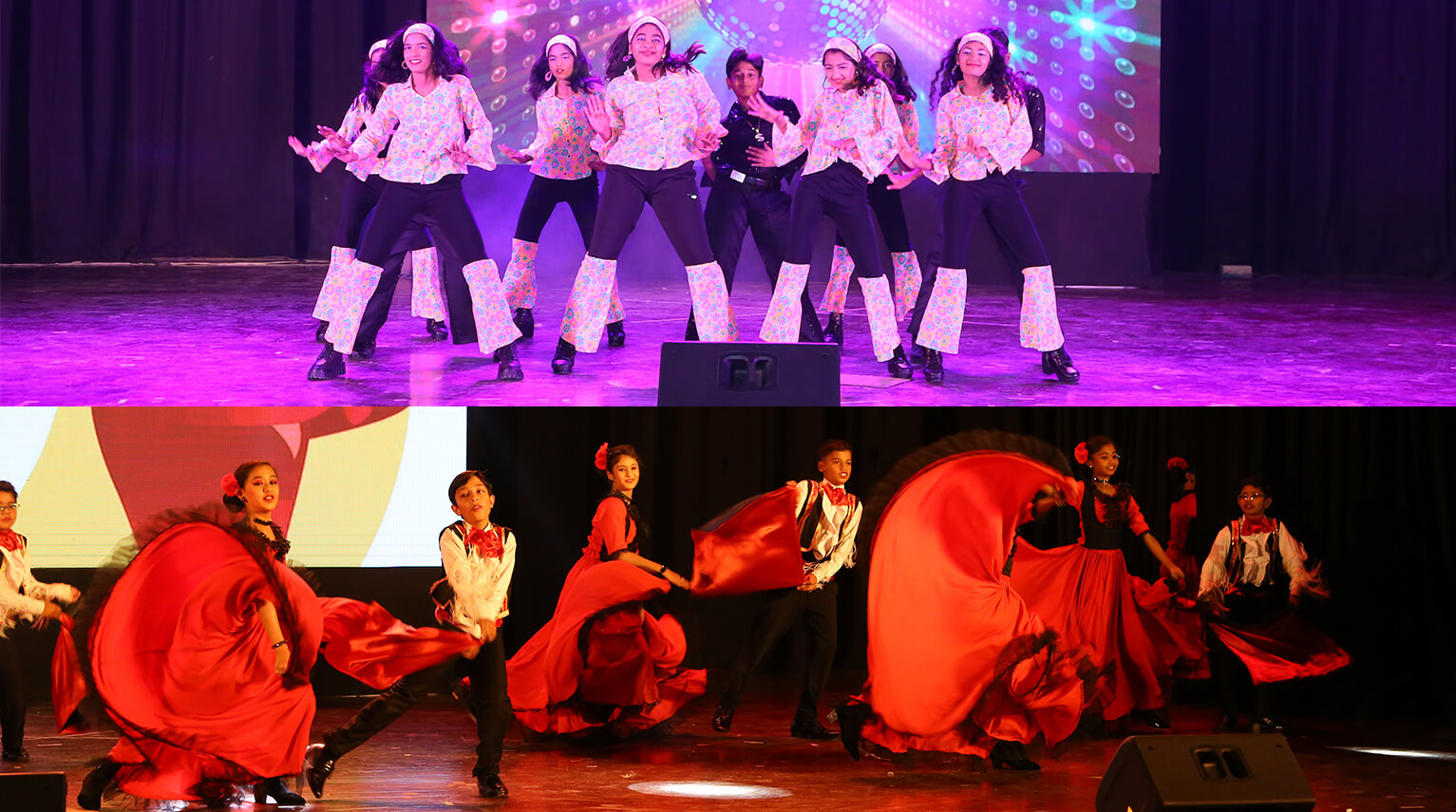 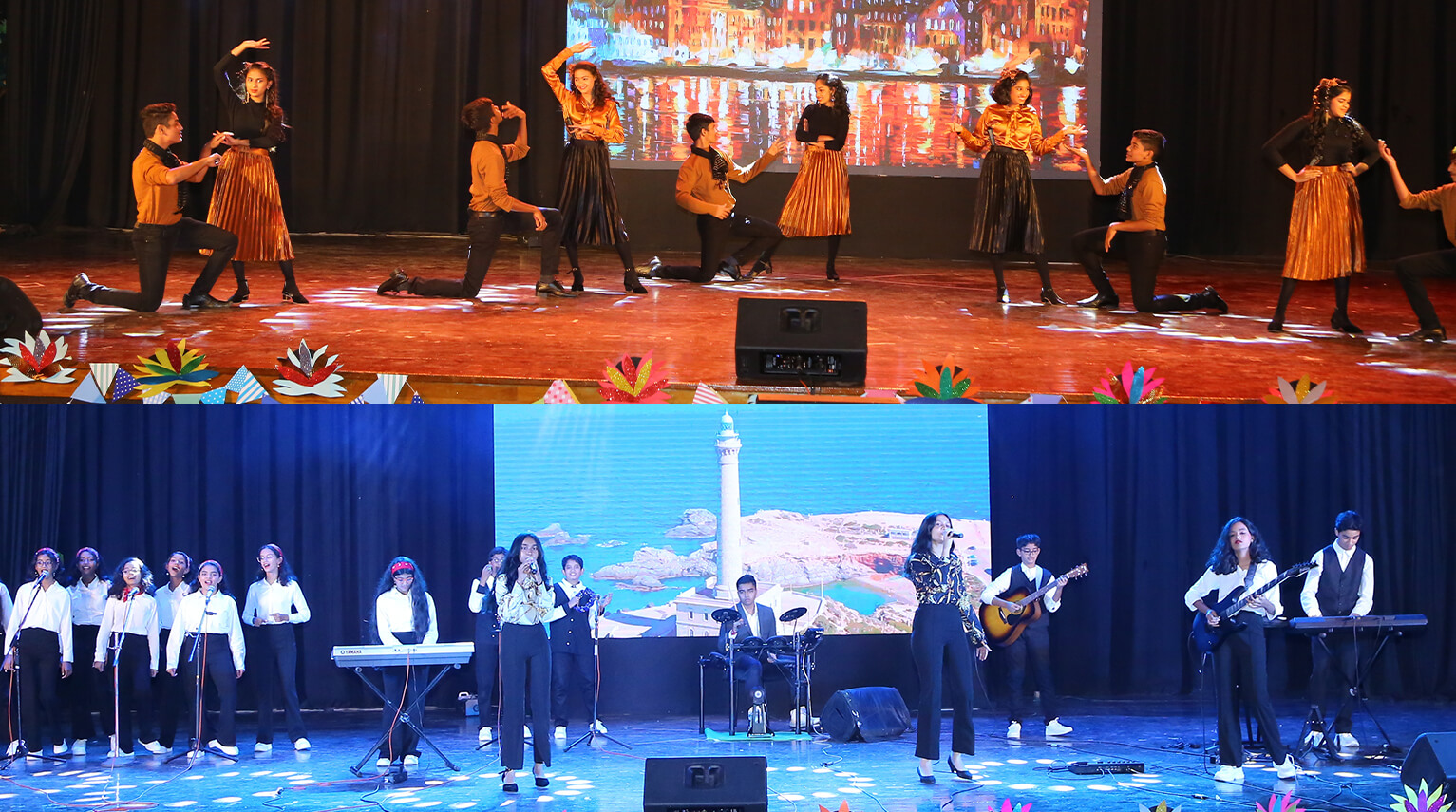 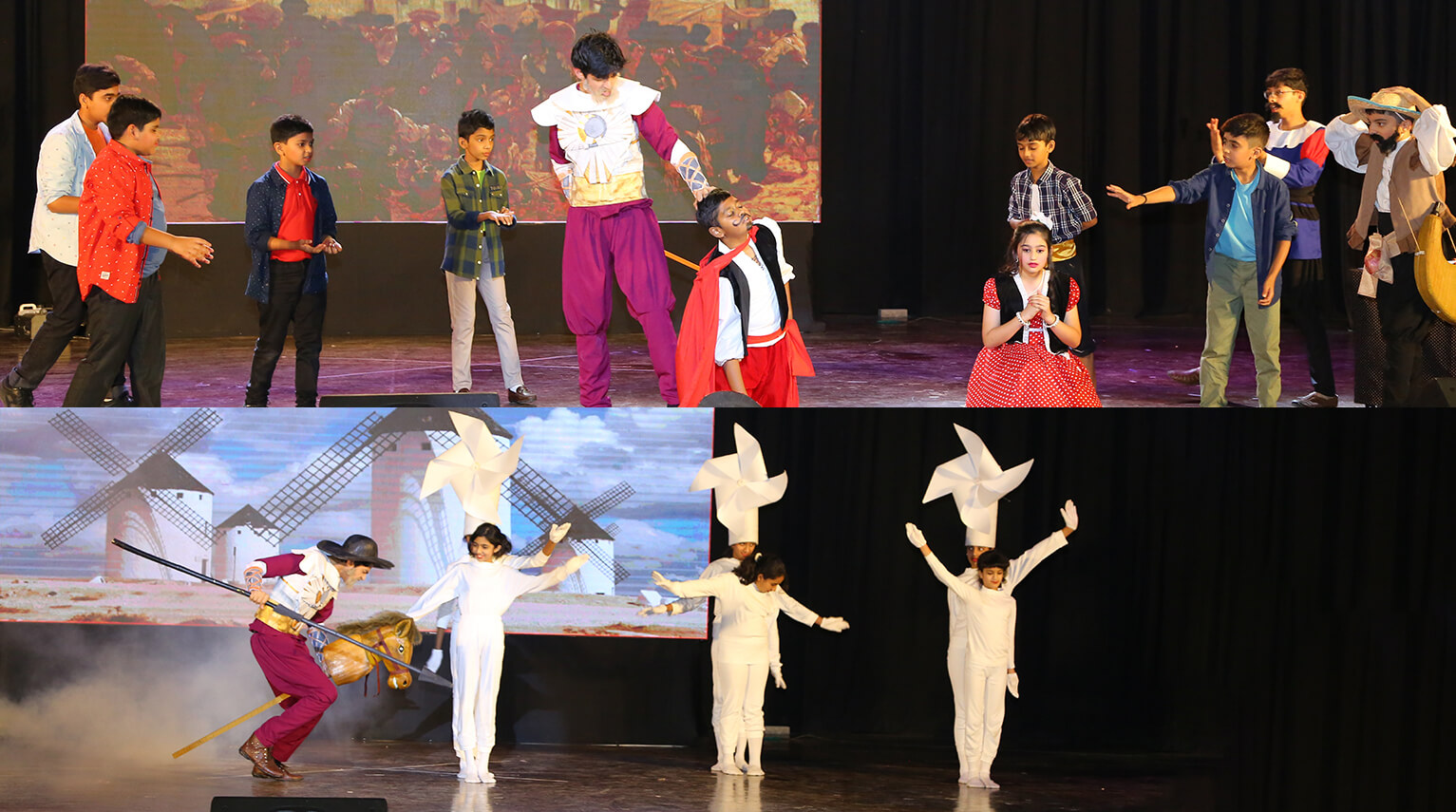 The Brigade School @ Mahadevapura geared up for the most exciting event of the academic year, Dia De La Cultura. It was a testimony to the perseverance, determination and team spirit of the teachers and students on Saturday, January 7, 2023. Our supportive parents were present to witness the cultural extravaganza.

The evening began with the celebratory ‘iluminacion de la lampara’, the lighting of the lamp, by the Principal, Mrs Suresh and other dignitaries present. Our students presented the school song, ‘O Nanna Chetana’, penned by Rashtra Kavi Kuvempu.

Mrs. Suresh presented the annual report for the year 2022-23, which spoke of the curricular and co-curricular events and the outstanding achievements of the students.

The vote of thanks, was presented by the coordinator, Ms. Thekkepat. She acknowledged the tireless effort and support of the management, staff, support staff, students and parents.

The first on the exciting list of the programme was La Isla Bonita, a tribute to the musical legacy of Spain presented by our school band. The performance brought the spirit of Spain alive.

Next came ‘Lambada’! Our talented artists recreated the famous rhythm that was popular in Europe and North America in the early 1990s.

With the tune of Lambada still resonating in the air, our students were ready to take everyone on a whirlwind tour of España.

After a glimpse of the wonderous land of Spain, the next performance was the play, Don Quixote, the setting quickly transforming into the arid plains of La Mancha. Along with his squire, Sancho Panza, Don Quixote learns to deal with the unexpected as they travel and quarrel through La Mancha.

La Musica De Espana, the students of std 4 & 5 presented a dance of the gypsy communities of Andalusia, the Flamenco. The accompanying songs spoke of love, the countryside and gaiety, and the more serious aspects of Spanish culture.

‘Happily live your life’, was the message conveyed by our students of std 4&5 through a sensational song, Vivir Mi Vida.

The students grooved to the catchy number ‘Senorita’. The electrifying song combined Salsa and Bollywood sequences. The unparalleled coordination of the dancers was a feast for the eyes.

Our singing superstars got everyone moving and swaying to La Bamba, played along with guitars.
The grand finale by our group of gifted dancers was a fusion dance combining Hip-Hop, Flamenco, street-style stunts, B-boying and Kathak.The students moved across the auditorium like magical fairy dust and enlivened the ambience.

The meticulous planning, time invested, long hours of diligent practice, hard work of the teachers and students, making of the props, and the fun and frolic that contributed to the success of the spectacular event was captured and shown in a behind-the-scenes video.