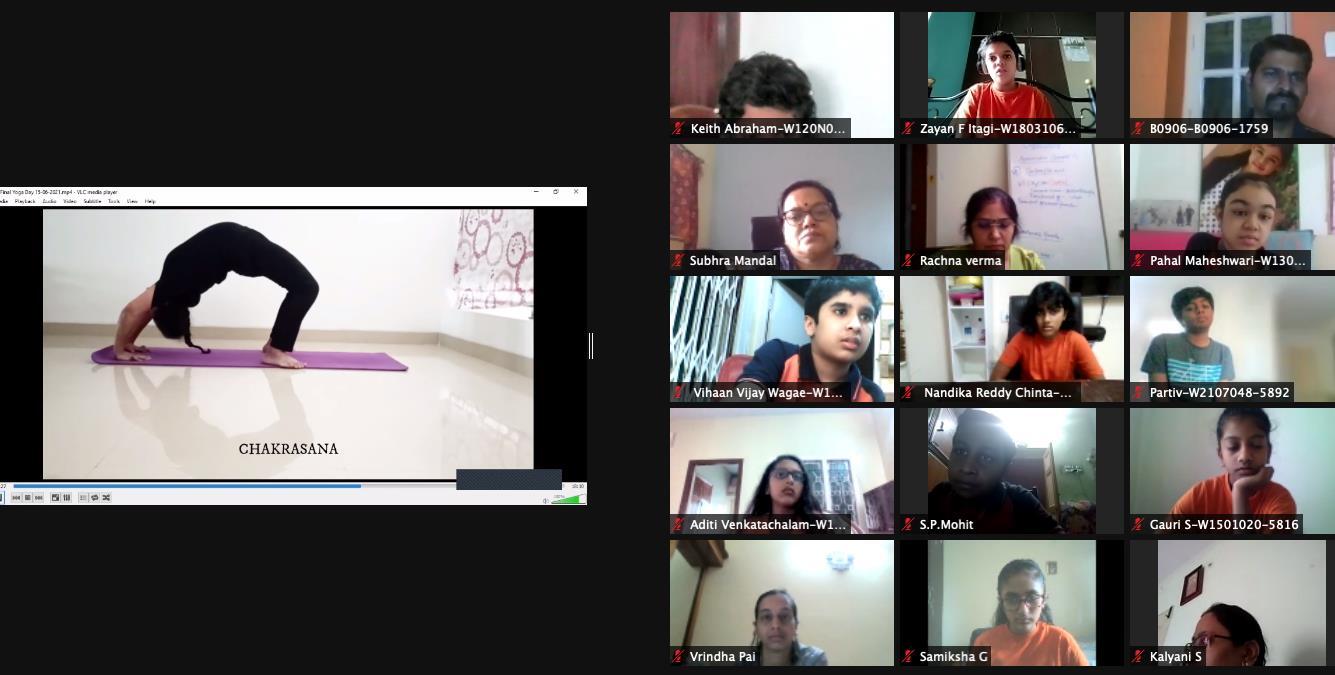 Last year The Brigade School @ Mahadevapura celebrated International Yoga Day. The theme for the celebration was “Yoga at Home and Yoga with Family”. This day is celebrated the world over on June 21st each year since 2015. The UN General Assembly in 2014 overwhelmingly adopted a draft resolution, declaring June 21 as International Yoga Day. A record 177 countries supported the resolution

The students started the Yoga Day session with the recitation of a powerful Sanskrit prayer Sahana Vavathu…Sahanau Bhunathu, that helped them focus their minds and bodies and prepared them to attain tranquility to perform the asanas.

Our yoga gurus Mr. Prathap Kumar, Ms. Bhavana and Ms. Monica then demonstrated advanced asanas like Utthita Hasta Padangushtasana, Ardha Baddha Padmottanasana, Halasana, Chakrasana to name a few. These asanas demonstrated to the students that by including yoga in our everyday lives we embrace a routine that would benefit us both physically and mentally.

The programme ended with a beautiful Sanskrit prayer that hoped for the wellness of everyone: