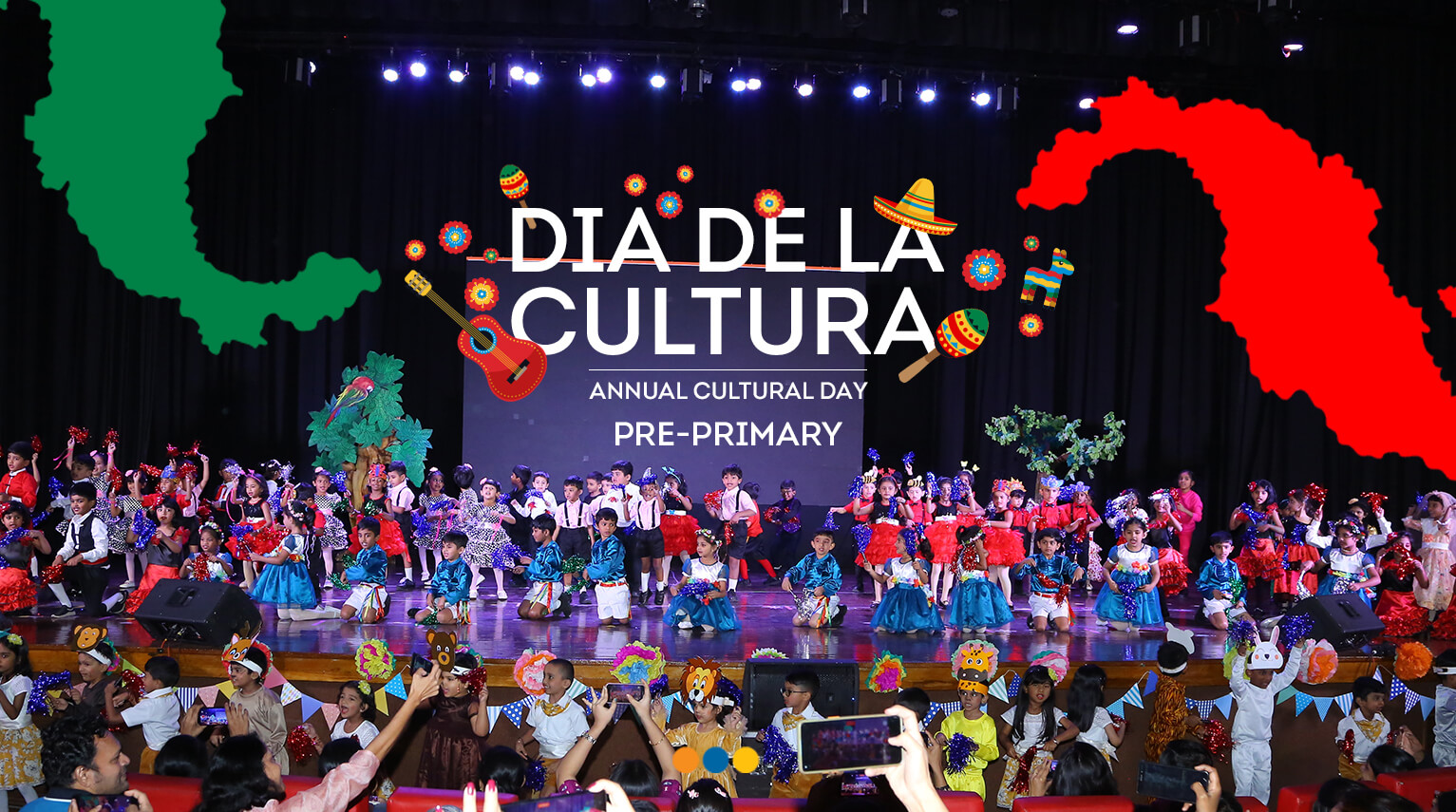 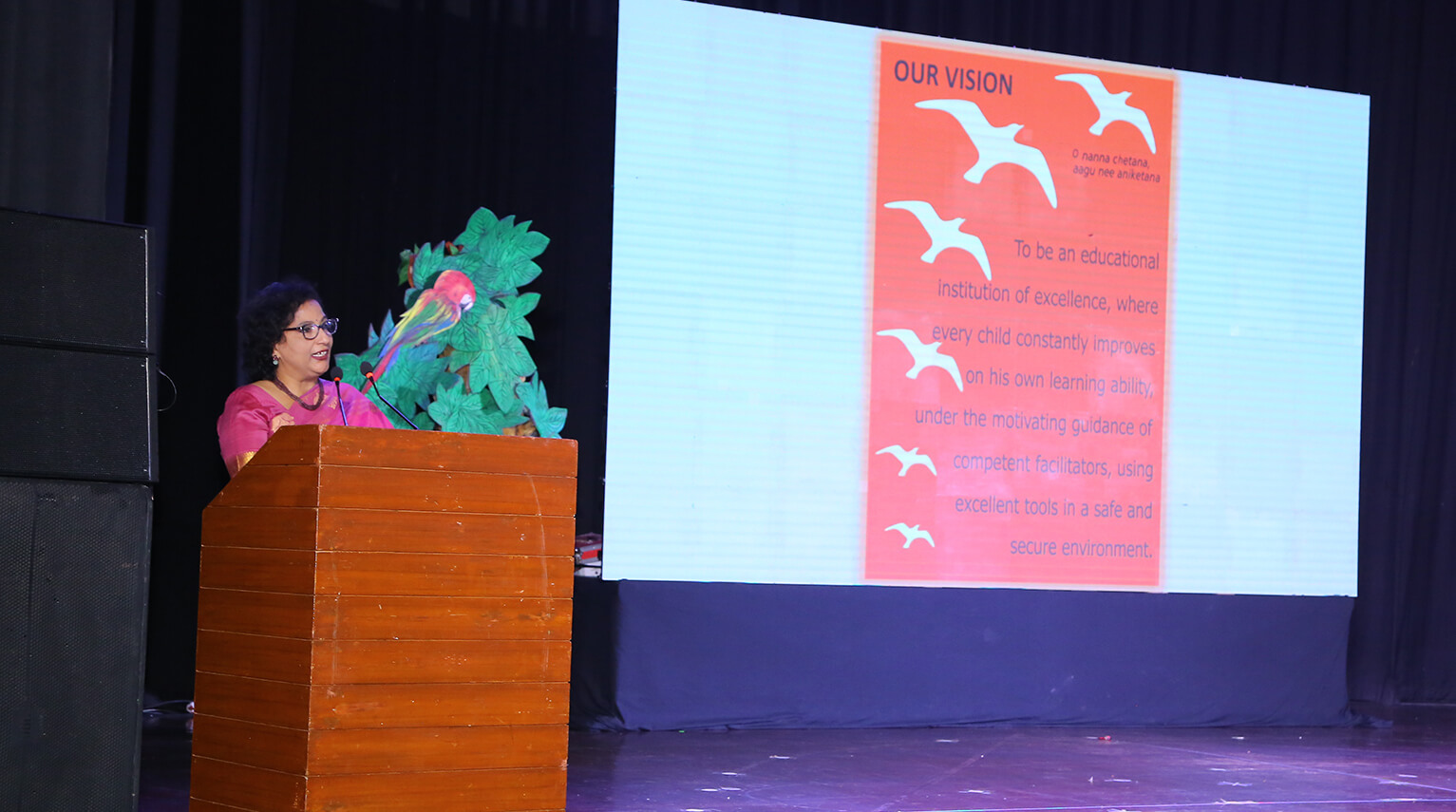 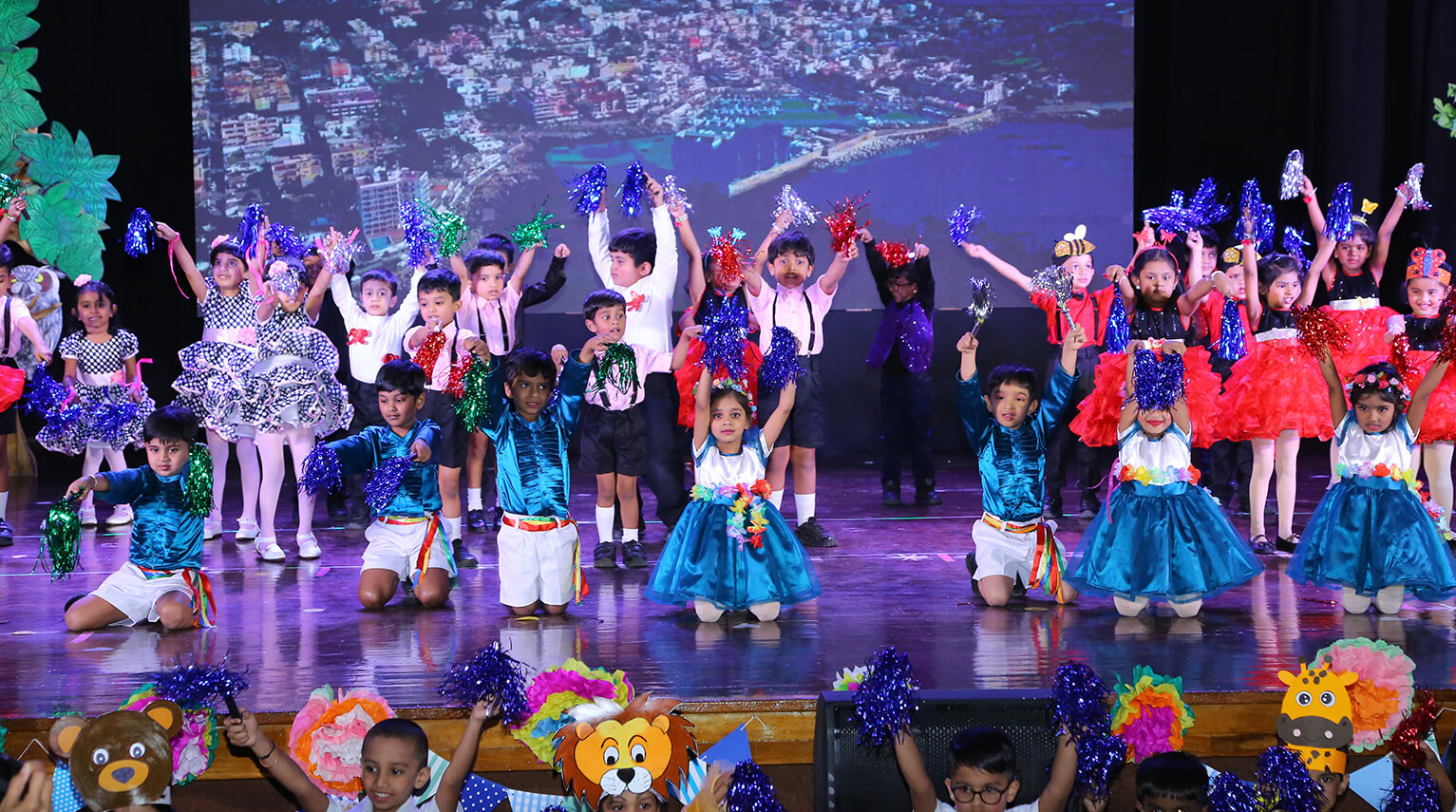 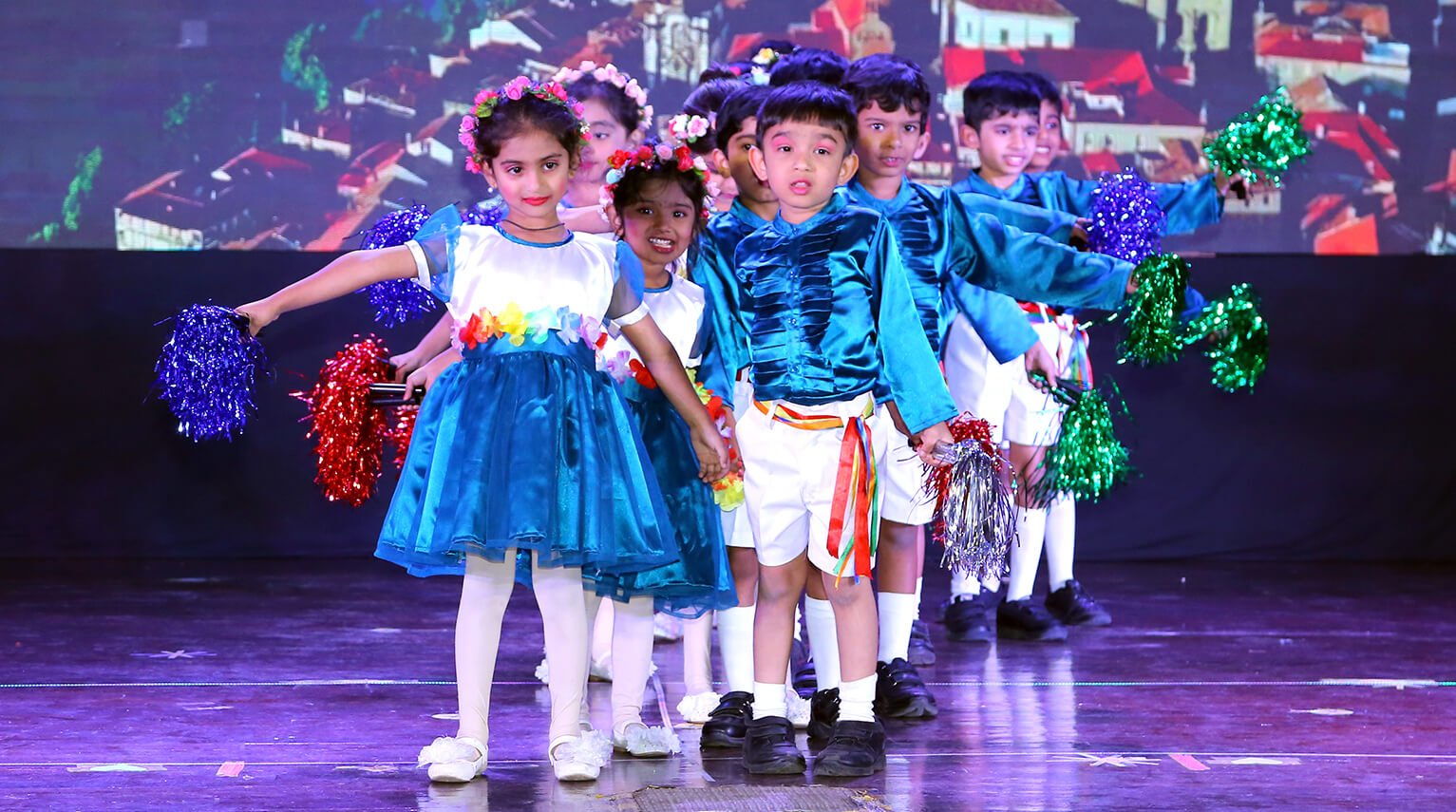 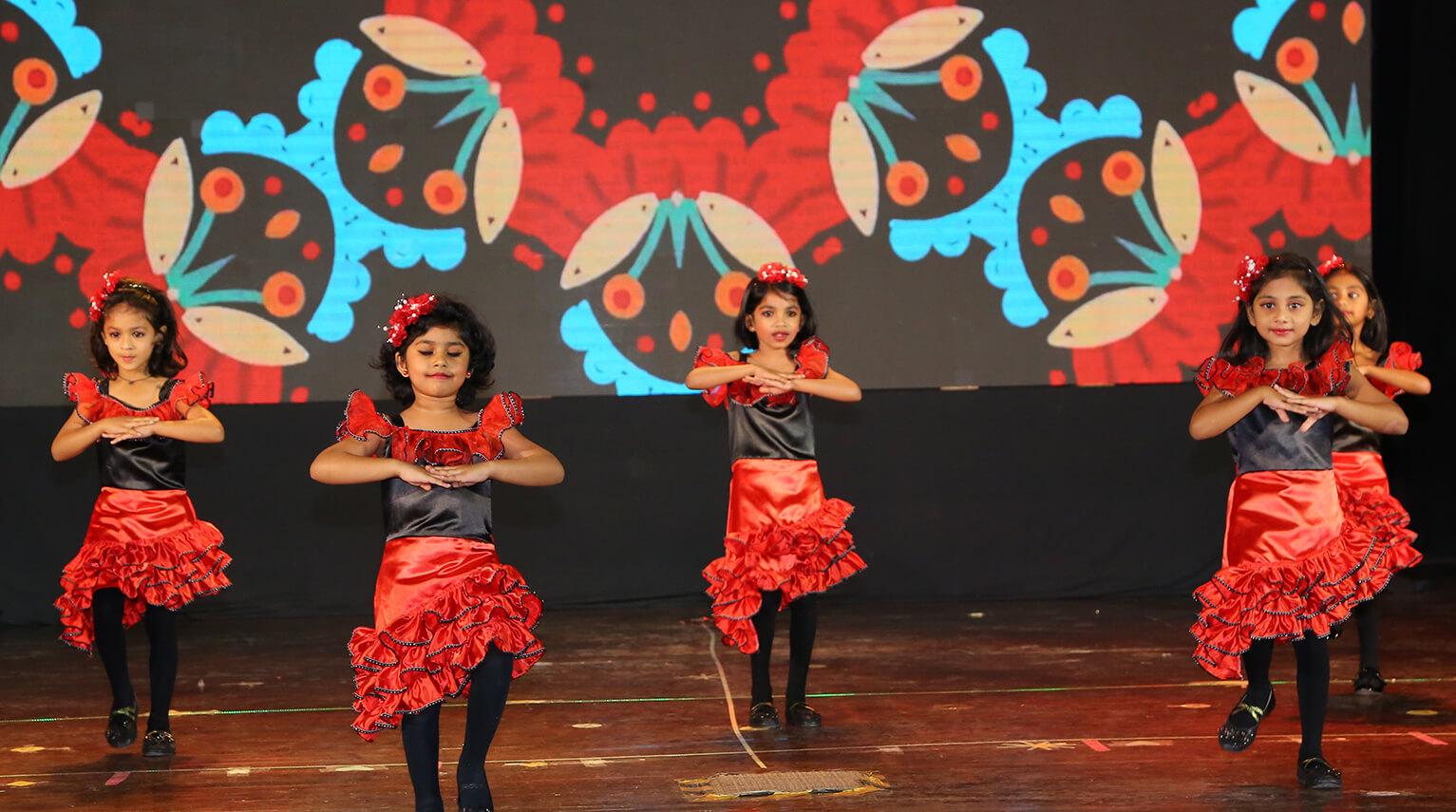 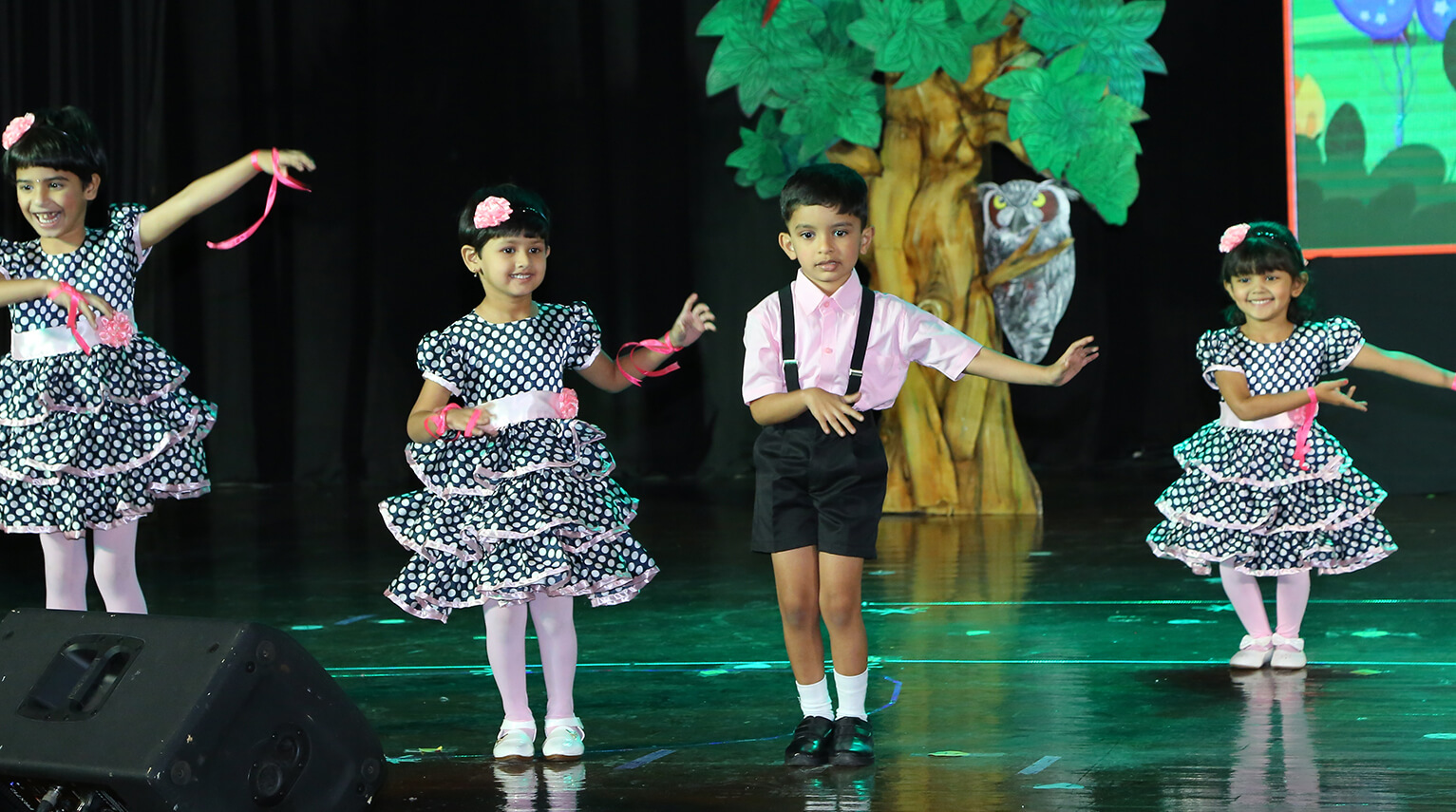 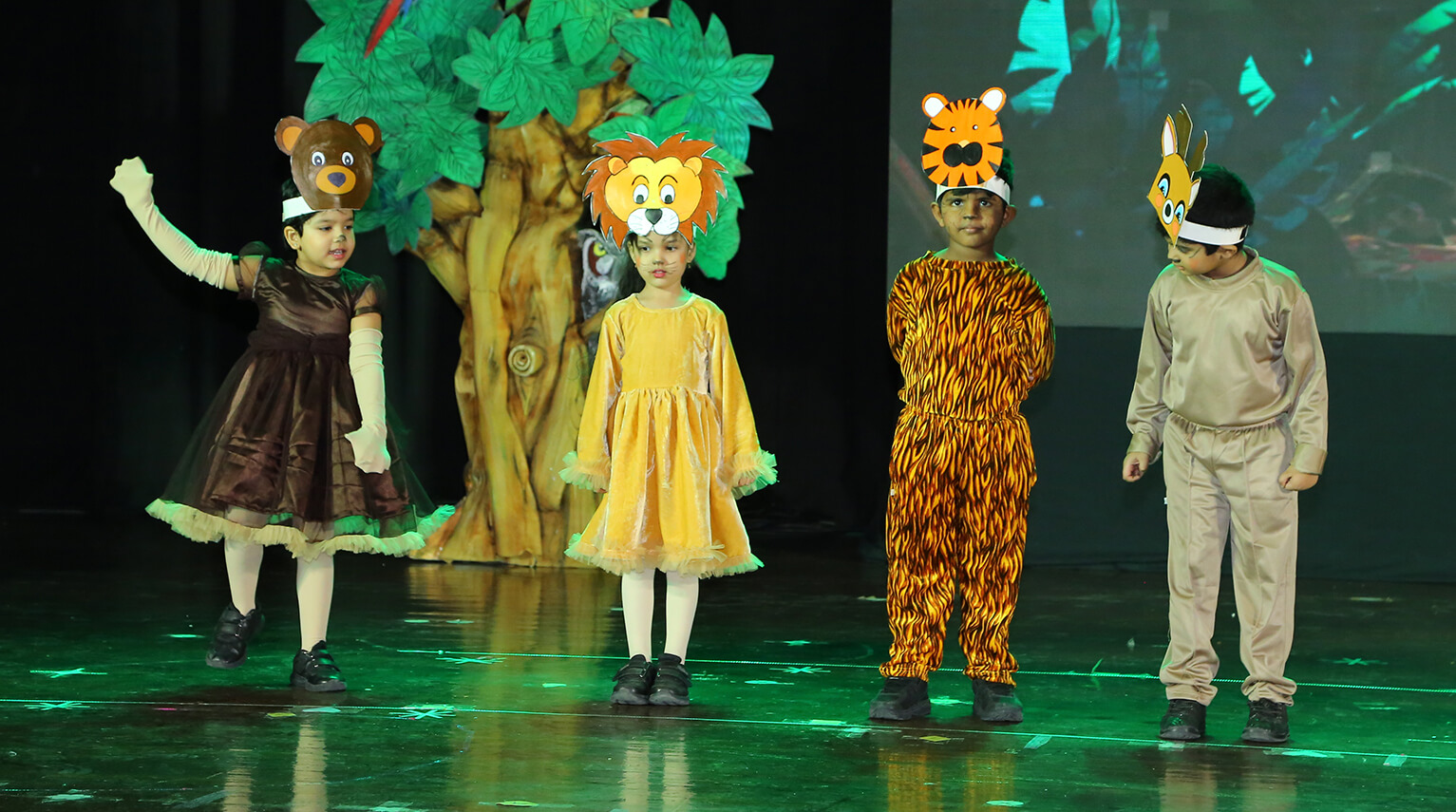 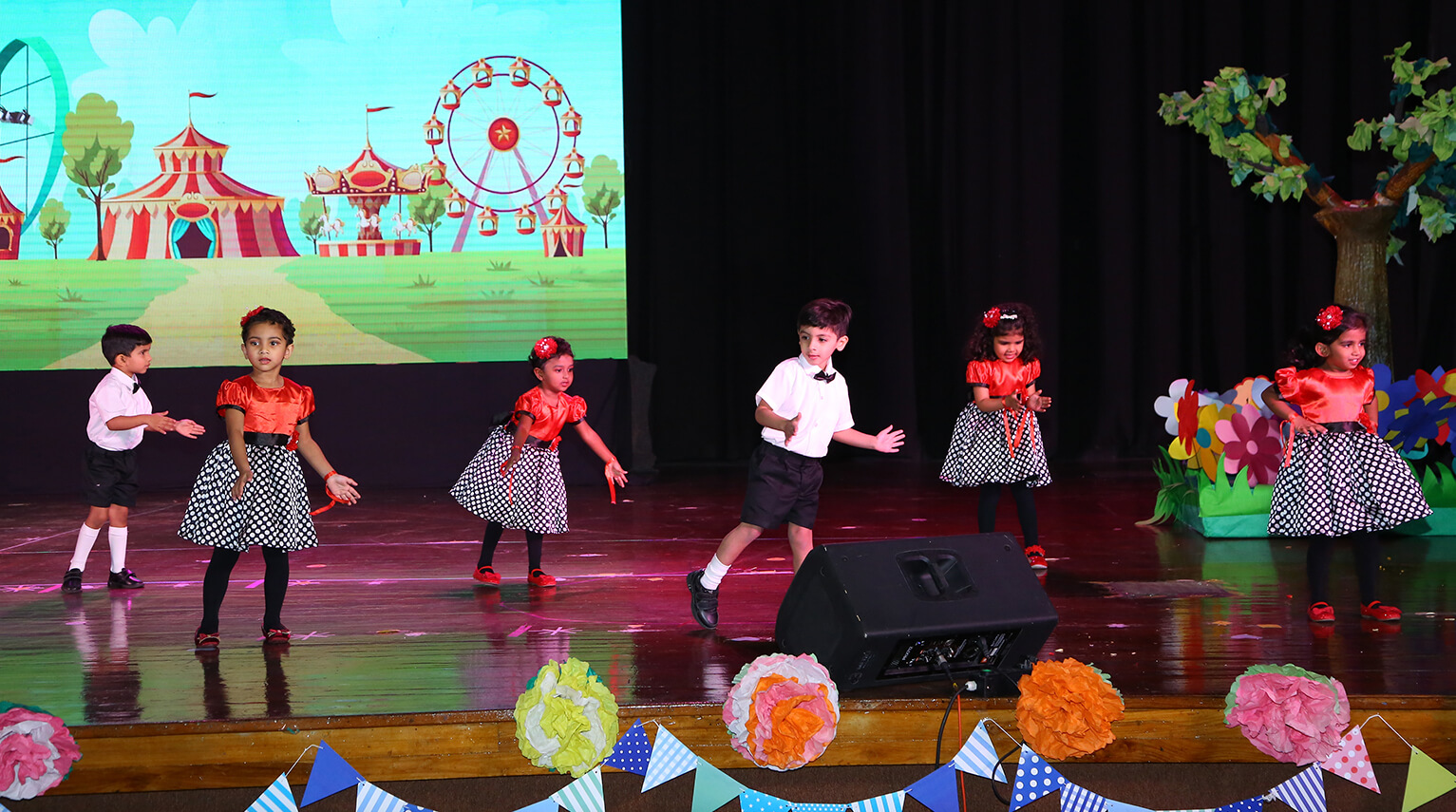 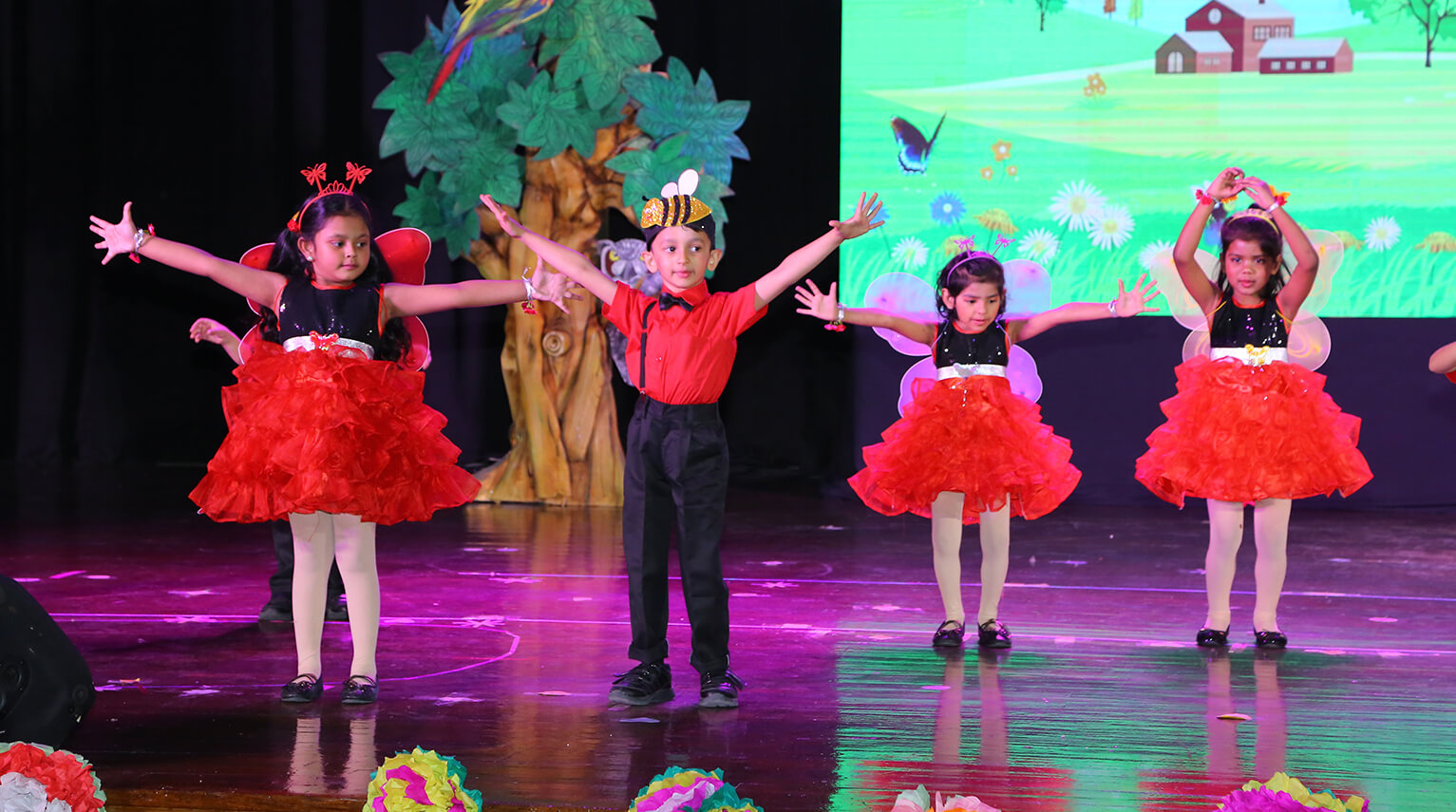 The Pre-primary Cultural Day was held on 17th December 2022 with great enthusiasm.
The Cultural day began with the lighting of the lamp by Mrs Suresh, the Principal & the dignitaries from the Brigade Foundation. The school song, ‘O nanna chethana, by the famous poet Kuvempu, sung by the school choir, added an auspicious aura to the lamp-lighting ceremony.

The Principal, in her Annual report for the academic year 2022 – 2023, shared the programmes, activities and achievements of our students during the academic year.
The array of performances embodied the country of Spain, which was the theme for the academic year 2022-23. The programme commenced with a fashion show, an introduction to Spain, where children from LKG and UKG portrayed the lifestyle, sport, culture and festivals of Spain. The children walked the ramp dressed up like flowers, strawberries, soccer players and a bull, and brought the colourful vibe of Spain alive. The highlight of this presentation was a display of the La Tomatina festival and the Spanish bullfight, integral to the essence of Spain. The cultural programme unfolded beautifully, the nursery students staging two dances to Spanish rhymes ‘Ponte A Bailar and ‘Arriba Abaho’. The little ones dazzled the audience with their charming moves and attractive attire. The students of the LKG danced to two catchy songs “Hola Amigos” and the Spanish version of “If you are happy and you know it”. They rocked the stage with their amazing performance. The eye-catchy costumes added energy to the scintillating performance of the students.

Theatre is an integral and vital part of Cultural Day. The students of UKG performed the skit “Juntos Podemos”, which in English translates to “Together We Can”. The skit had six animal characters, and the students brought each character alive with their excellent performance. They entertained the audience and conveyed a strong motto, “Unity is Strength”.

The skit was followed by a famous dance number “Paso Doble” – meaning double step, performed by our UKG students. The performers flawlessly depicted the spirit of the vibrant Spanish culture. The program concluded with the grand finale presented by our students of LKG and UKG as they grooved to a foot-tapping number “Madre Tierra” in praise of Mother Earth. The event concluded with the National anthem, sung by the school choir.

The cultural day thus was a successful celebration dotted with performances where the vibe of Spain was brought to life by our little ones.