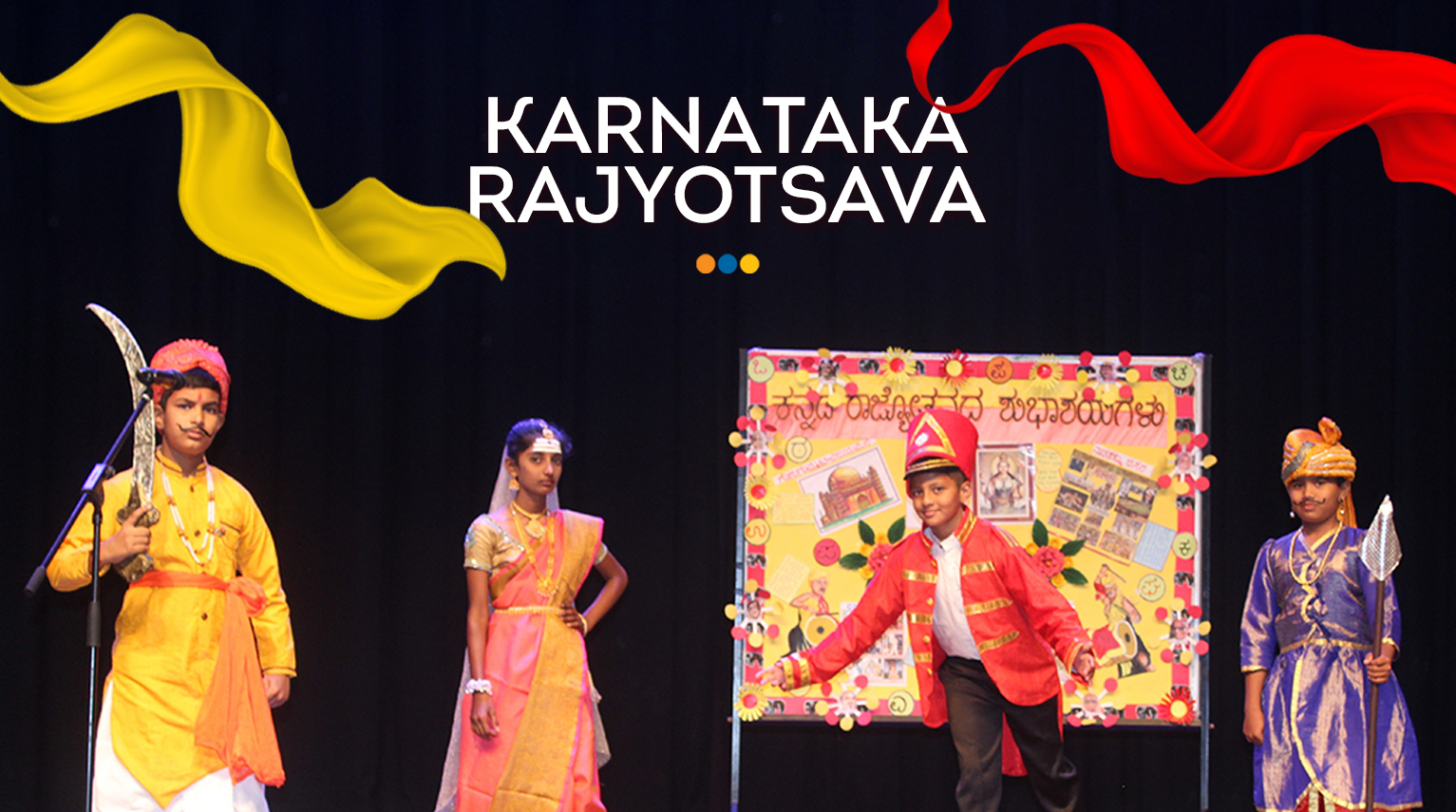 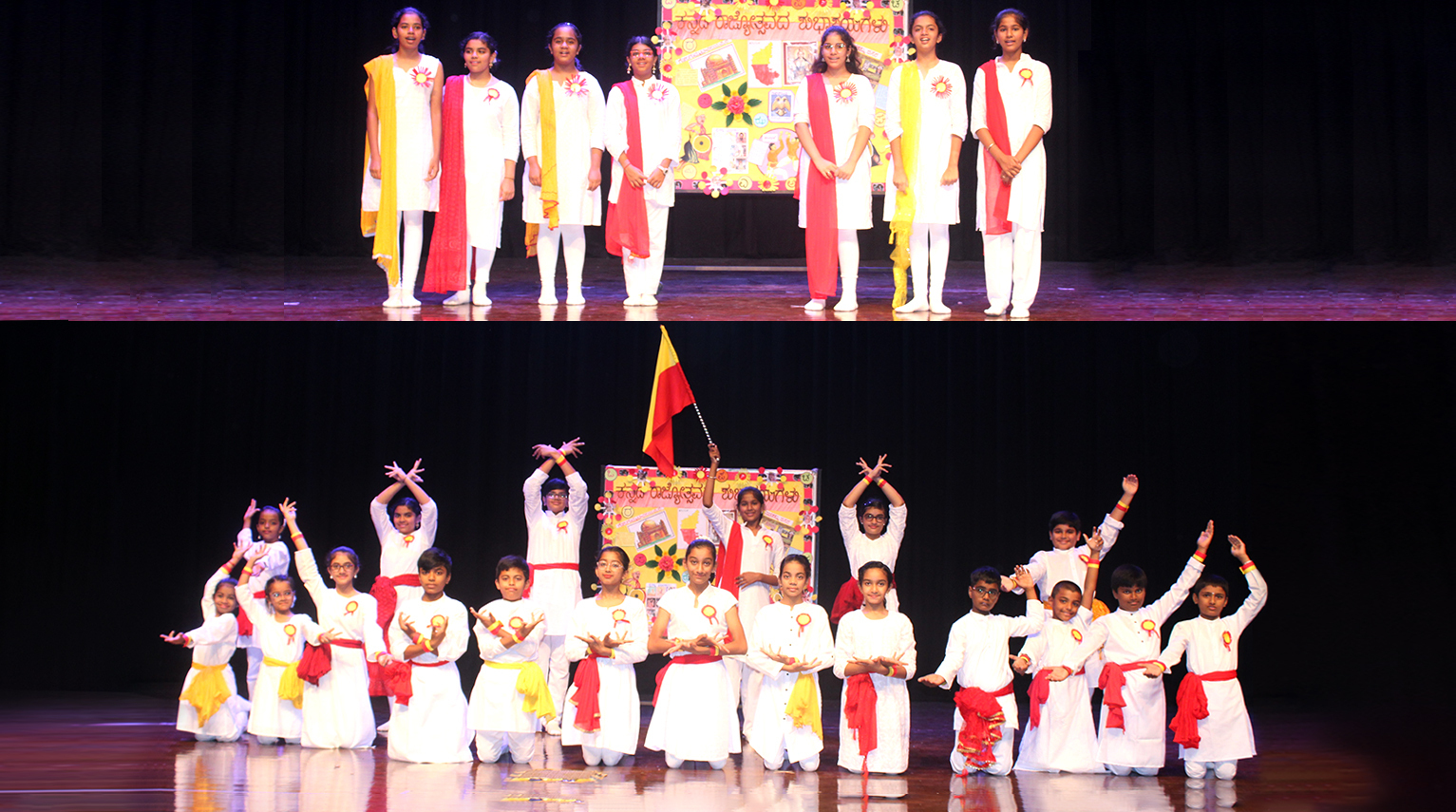 The Brigade School at Mahadevapura celebrated Kannada Rajyotsava Day on Friday, Nov 4, 2022. The programme showcased the rich heritage of Karnataka, its numerous art and dance forms along with its tradition and culture. The significance of this day was clearly articulated by our students emphasizing the fact that on the 1st of November, 1956, all the Kannada-speaking regions of Indian merged to form a single state- Karnataka. This union of regions and the various dynasties that ruled over them has resulted in a state that respects the varied culture and promotes harmony among them.

The highlight of the programme was the drama set in the pre-independence era that our students of grade 5 enacted for their peers. Our students proved their acting skills and conveyed the essence of the play with ease. In this play, Kittur Rani Chennamma, eloquently displayed her pride and affection towards her Motherland, while Kranthiveera Sangolli Rayanna enthralled the audience with his dialogue delivery. Our student who played the role of a British Collector essayed the nuances of the character effortlessly.

Following this, the students of grade 4 entertained the audience with the song ‘Kannadada naadu chenda, Kannada nudi chanda…’ written by our Kannada teacher. The programme was not only engaging but also interactive. The quiz show ensured the students were quick on their feet while the tongue twisters in Kannada were very enjoyable.

The celebration came to an end with the state anthem ‘Jaya Bharatha Jananiya Tanujate’ written by the poet Kuvempu. The programme was thoroughly enjoyable and our students aced it!
Spread the love