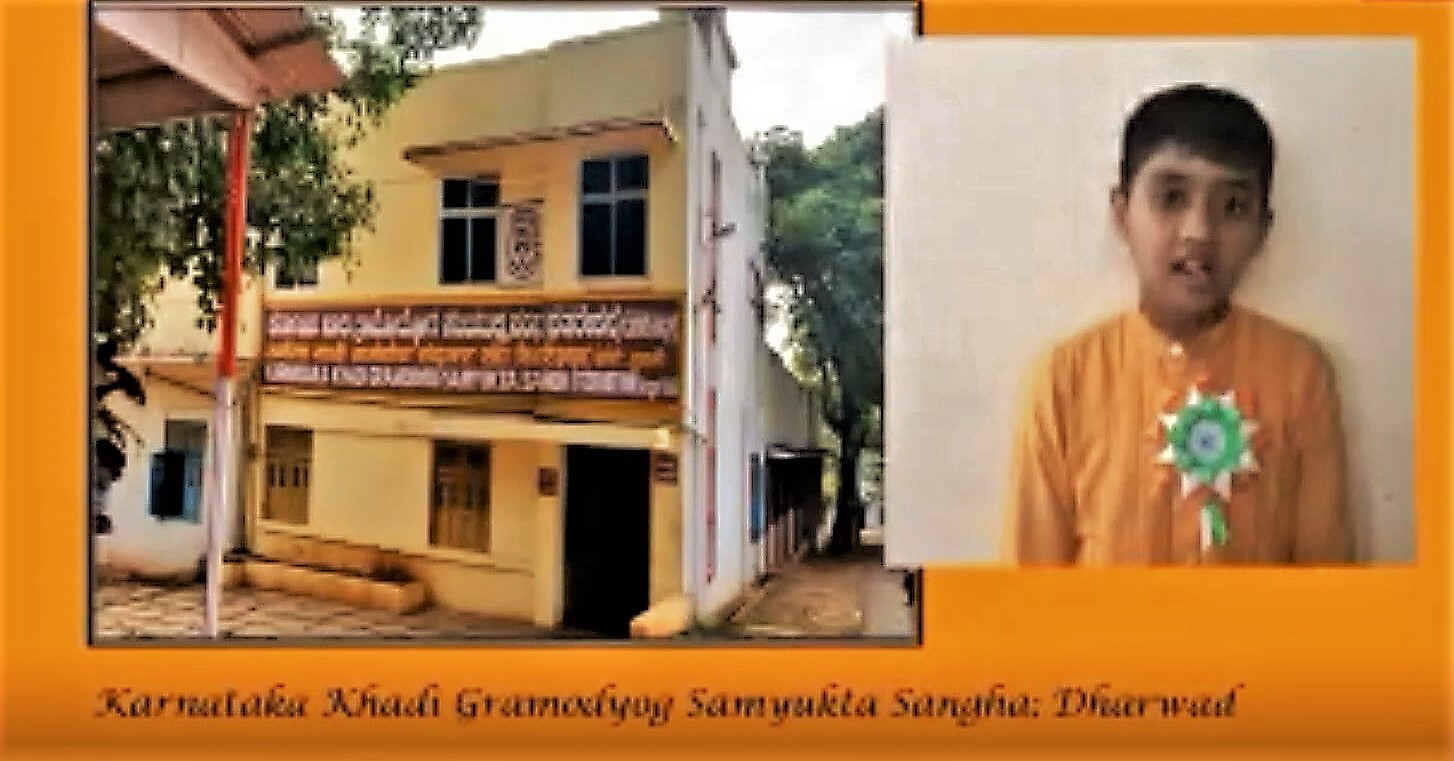 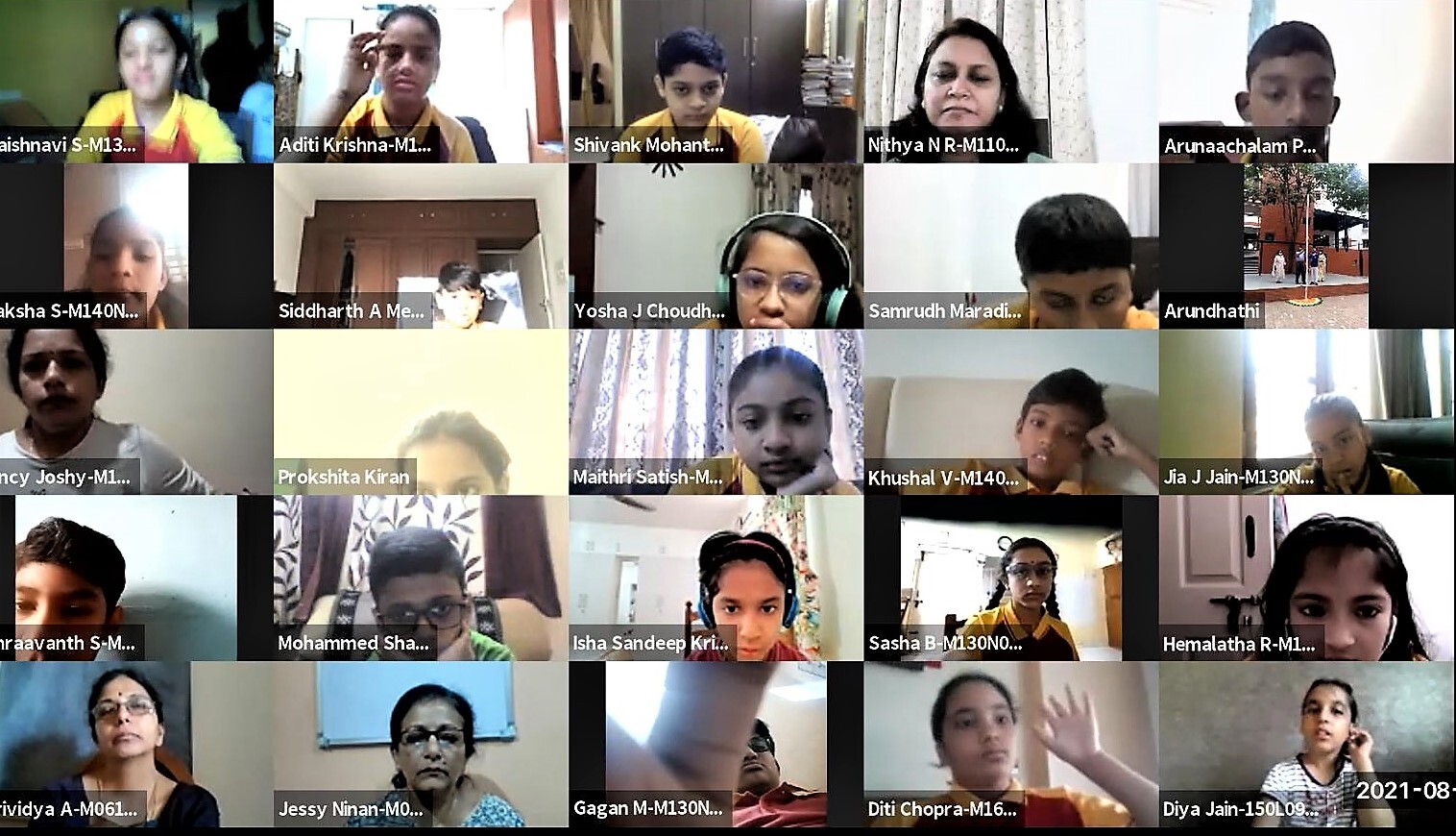 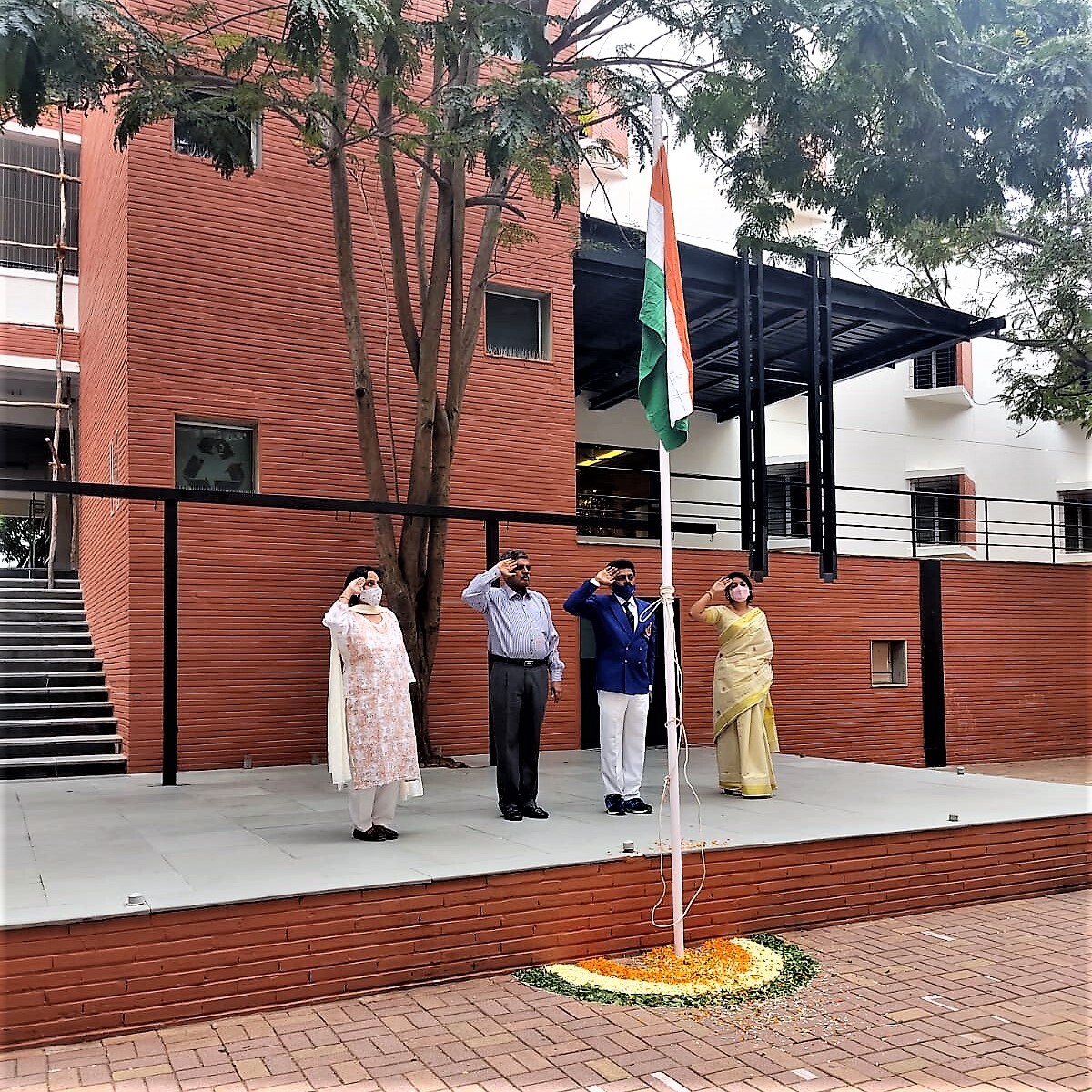 ‘Freedom is never dear at any price. It is the breath of life. What would a man not pay for living?’ – Mahatma Gandhi
After a 200 year long struggle, India finally gained freedom from colonial rule, and we celebrate this day with much fervor and patriotism. The Brigade Schools also marked this special day to commemorate the sacrifices made by the freedom fighters and to take pride in our roots.
A special assembly was organized to mark this occasion.
The programme started with the hoisting of the flag by Mr. Venkateshappa, Education Manager of The Brigade Schools, which was streamed live for all the students. The national anthem was played where all the students and teachers proudly joined in. The rest of the programme was recorded keeping in mind the current pandemic situation across the world.
It was followed by a speech by Ms. Stella Parthasarathy, our School Principal and she reiterated that freedom is an aspiration of the human spirit. She threw some light on the importance of this day specifically drawing everyone’s attention to the tricolor. She said that it is not just a piece of cloth for all Indians but a symbol of pride and patriotism. It is a symbol of a united India. She asked the students to seek inspiration from the colours of the flag and follow the values that they stand for; only then can one be a strong character.
The special assembly was a cultural ensemble portraying the rich and diverse heritage of our country. Some amazing facts about India were shared by the students. This was followed by a rendition of a medley of patriotic songs – which brought out the fact that the unity of India lies in the celebration of its diversity in languages.
Incredible India – this segment highlighted some amazing architectural wonders in India like Rani Ki Vav in Patan Gujarat, the India Gate monument and the Dal Lake Srinagar. There was also a short quiz on India to testing the spirit of patriotism. The students had a lot of fun answering the questions posed to them. This quiz had been answered by students of std 8 some days before Independence Day and the names of those who did well were displayed on the screen.
Next was the segment on some amazing people of India – this highlighted the humanitarian work being done by Indians like Dr. Vandana Shiva, who is a well-known physicist and social activist, Mr. Ratan Tata, an industrialist and philanthropist and late Major Sandeep Unnikrishnan who was an officer in the National Security Guards and martyred in action.
A beautiful poem was recited in Sanskrit which urged everyone to worship and serve the nation. Indian dance tradition plays a major role in the culture of India – the students perform an amazing dance fusion instilling patriotism.
The programme ended with a vote of thanks and the words of Sardar Vallabhbhai Patel – ‘Every citizen of India must remember that… he is an Indian and has every right in this country but with certain …duties’.