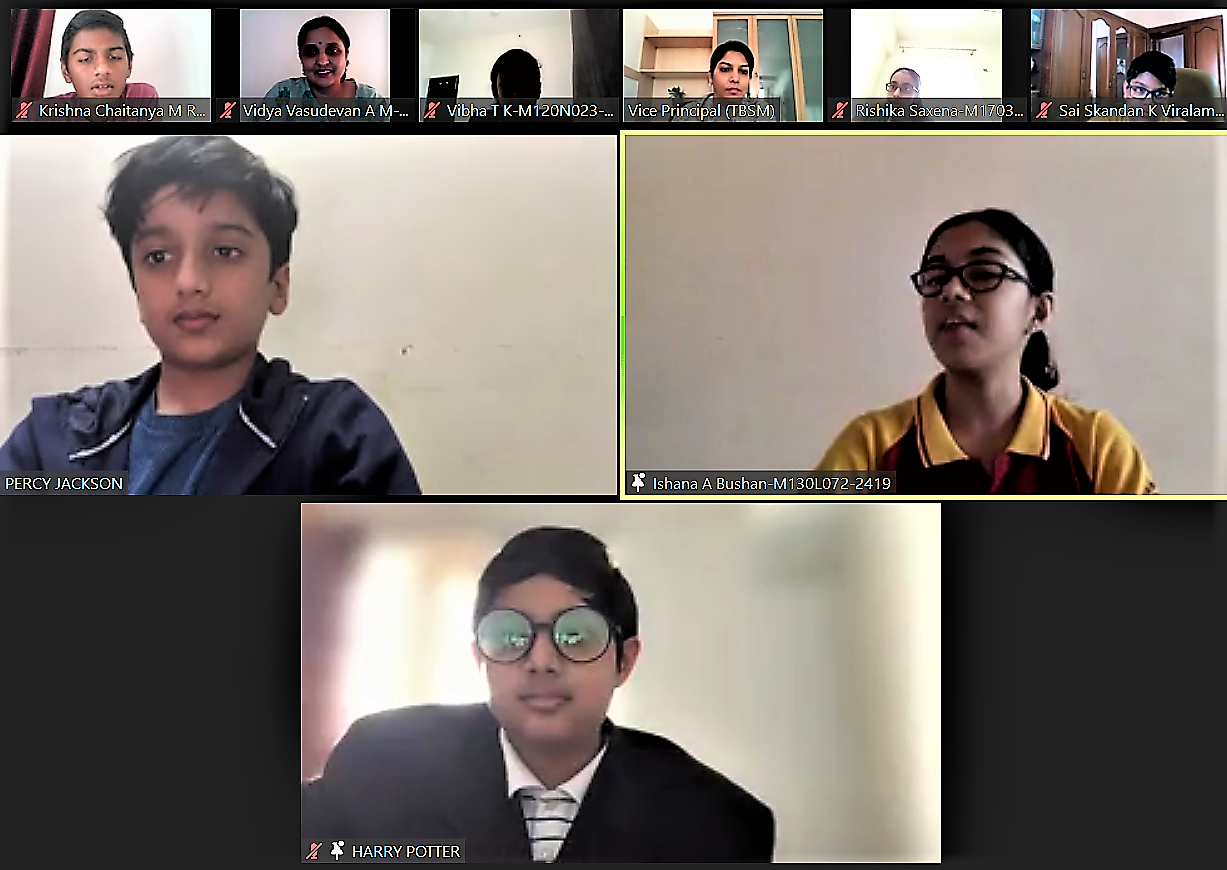 The students of Std 7 of The Brigade School @ Millennium conducted a literary activity amid these pandemic conditions.
The theme for the programme was FANTASY and SUPERPOWERS. The books chosen for the same were the HARRY POTTER SERIES and PERCY JACKSON SERIES. The students planned all the activities around books from the Harry Potter and the Percy Jackson series.
The show began by welcoming the dignitaries. The Masters of Ceremonies took the audience through a journey of this fantasy world where they met Harry and Percy. An interview by the students gave a close look into their lives. A book review on one of the Harry Potter series,
The Deathly Hallows, was done by a few students giving the audience a sneak peek into the book. Further, changing the ending to one of the Percy Jackson books was done by a student, where she gave an interesting twist to the climax of the story.
An on-the-spot activity, a picture composition was conducted by the children. There were four pictures on the screen and the students had to weave a story based on the pictures. The students were requested to post their names on the chat if they were interested in sharing their stories. The students then narrated their stories.
The next item in the order of events was the cookery show. Charvi Prasad of Std 7 ‘D’ created a power-packed drink called Magical Twist. The audience was coaxed to try the lip-smacking recipes.
The students designed bookmarks and came up with new designs for the cover of the book. This was compiled by the tech team into a beautiful collage. These were given as mementos to our guests, Harry and Percy.