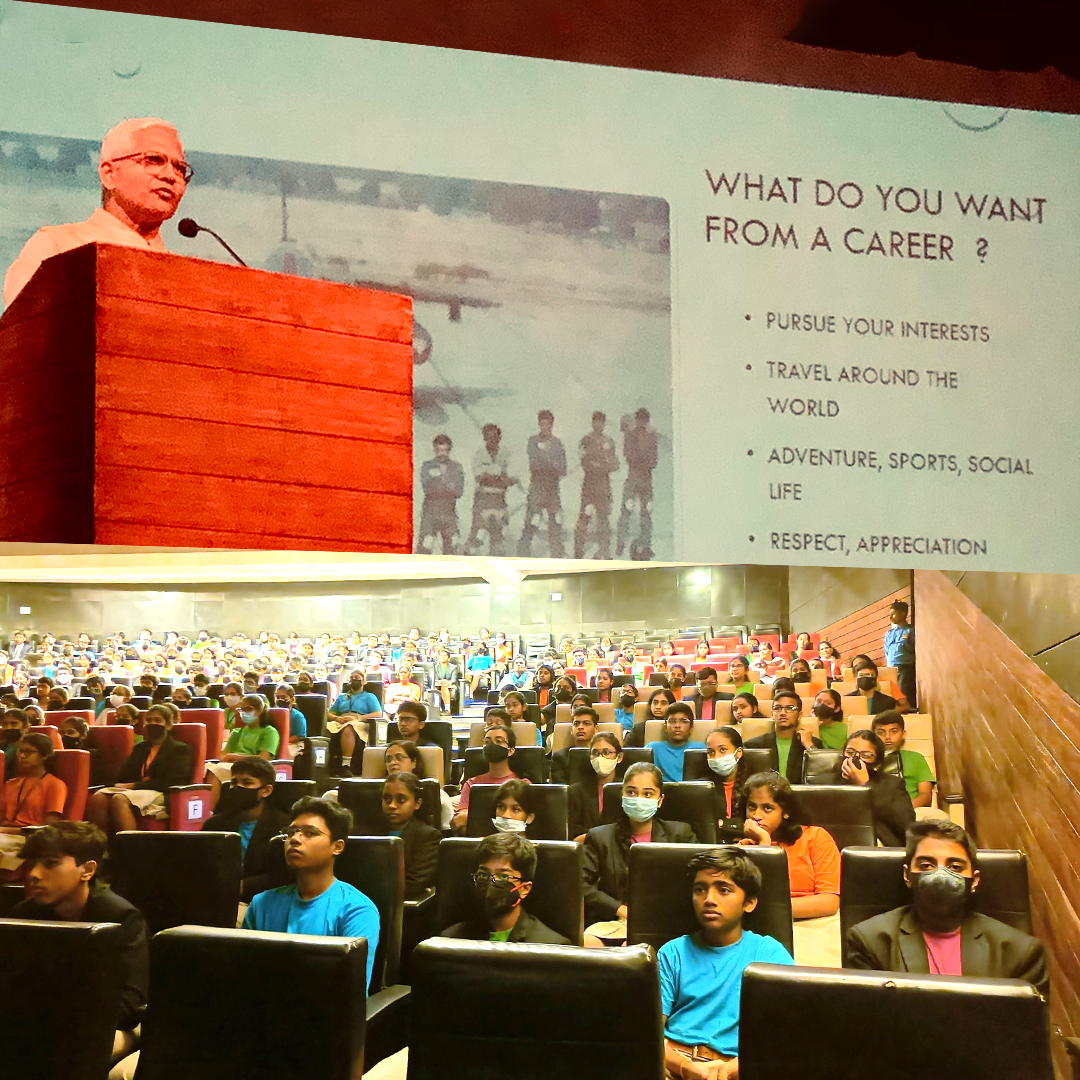 The students of Stds 9 to 12 had an enriching and fruitful career counselling session with Wing Commander Girish Kumar and Mrs. Meghana Girish, founders of Major Akshay Girish Memorial Trust.

Wing Commander Girish Kumar and his wife Mrs. Meghna Girish have founded the Major Akshay Girish Memorial Trust (MAGMT) to take forward their son Akshay’s brave and inspiring legacy. They aim to strengthen and inculcate patriotism and service to the nation among the younger generation.

Despite losing their only son in a terrorist attack in Nagrota, Jammu, Mr. and Mrs. Girsh impressed our students that the armed forces could be a promising career option. Besides a commitment to serving the nation and upholding its integrity, a career in the armed forces holds a place of dignity and immense respect.

They focussed on how young students can join the Indian Armed Forces and discussed the various options for aspirants desirous of joining the same. They touched upon the aspects of patriotism and service attached to it. They explained how uniformed services help one pursue a career that gives one ample opportunity to follow one’s interests and lead a life of respect and honour.

The National Defence Academy (NDA), and the admission to the same were discussed in detail. The opportunities for women in the military were one of the topics Mr. Girish impressed upon the children. He said there was equal opportunity for women to join the Armed Forces and that it was no longer a man’s world!

Wing Commander Girish spoke about his career in civil aviation and explained in glowing terms how one can pursue a career in it after serving in the air force.

Children asked many meaningful questions, and all the queries were patiently answered by both Wing Commander Girish Kumar and Mrs. Meghana Girish.
It was an insightful morning, and we already have students considering the Indian Armed Forces as a career.
Spread the love