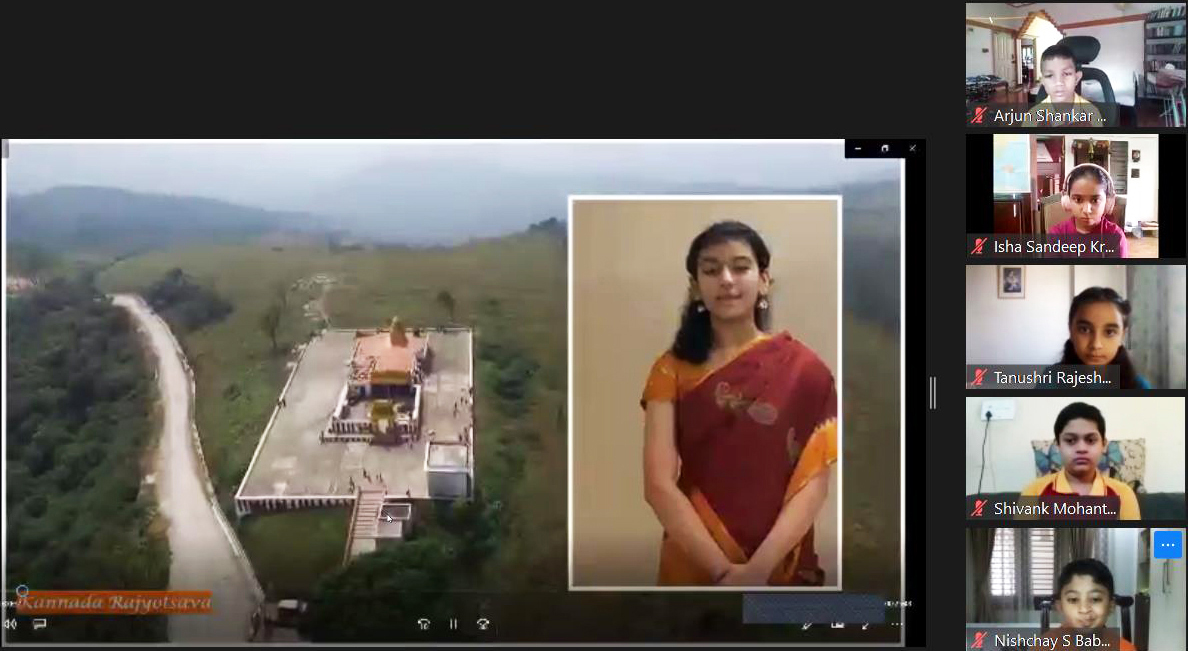 Karnataka Rajyotsava is celebrated on 1st November of every year to commemorate this day in 1956 when all the Kannada language-speaking regions of South India were merged to form the state of Karnataka.

The students of the Brigade School @ JP Nagar celebrated Karnataka Formation Day with great joy and vigour through a cultural programme that showcased the essence of our great state with respect and pride.

The event commenced with ‘Kannada Nadu Nudi’ outlining the history of Kannada Day and the famous personalities that worked so hard towards its implementation. This was followed by ‘Nityotsava’, a graceful dance performed to Nissar Ahmed’s song ‘Jogaga Siri Belakinalli’. The students brought the lyrics to life which exults the natural beauty of the state.

‘Bhaasha Vaividyathe’ was a delight for the audience as the various dialects of the state were heard through speeches performed by the students who were dressed in the attire of the regions. No programme in Karnataka is complete without paying homage to its great poets, writers and composers. Students were familiarized with the works of Adikavi Pampa, Akkamahadevi, Purandaradasa and Kuvempu as students dressed as the literary greats spouted lines from their poems and compositions.

The grand finale was a rendition of the song ‘Kannada Kaligalu Naavu’, the lyrics of which were composed and set to music by teachers of the Brigade School. The song very beautifully encapsulated the spirit of Karnataka as a place and Kannada as a language. It pays homage to the courageous people of this land and its stunning natural beauty. The following stanza expresses these thoughts: