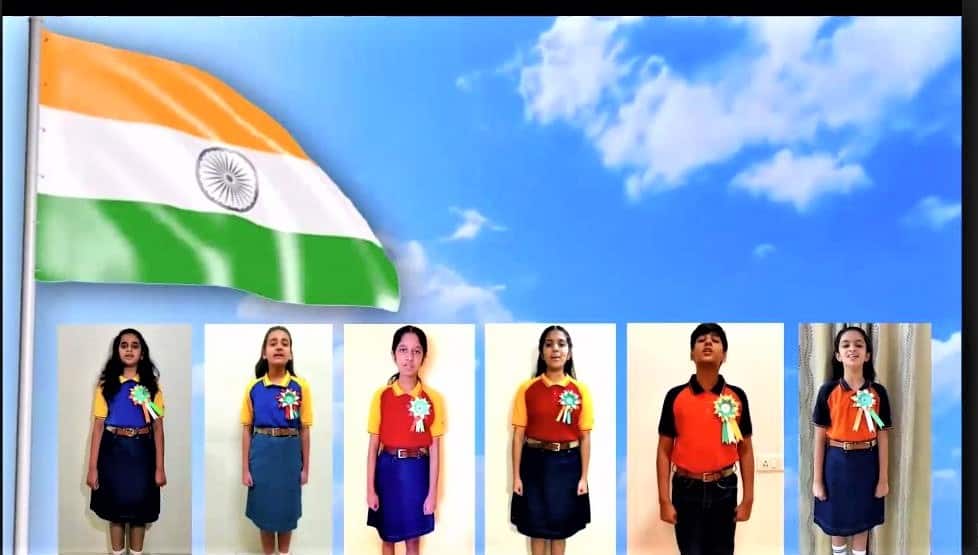 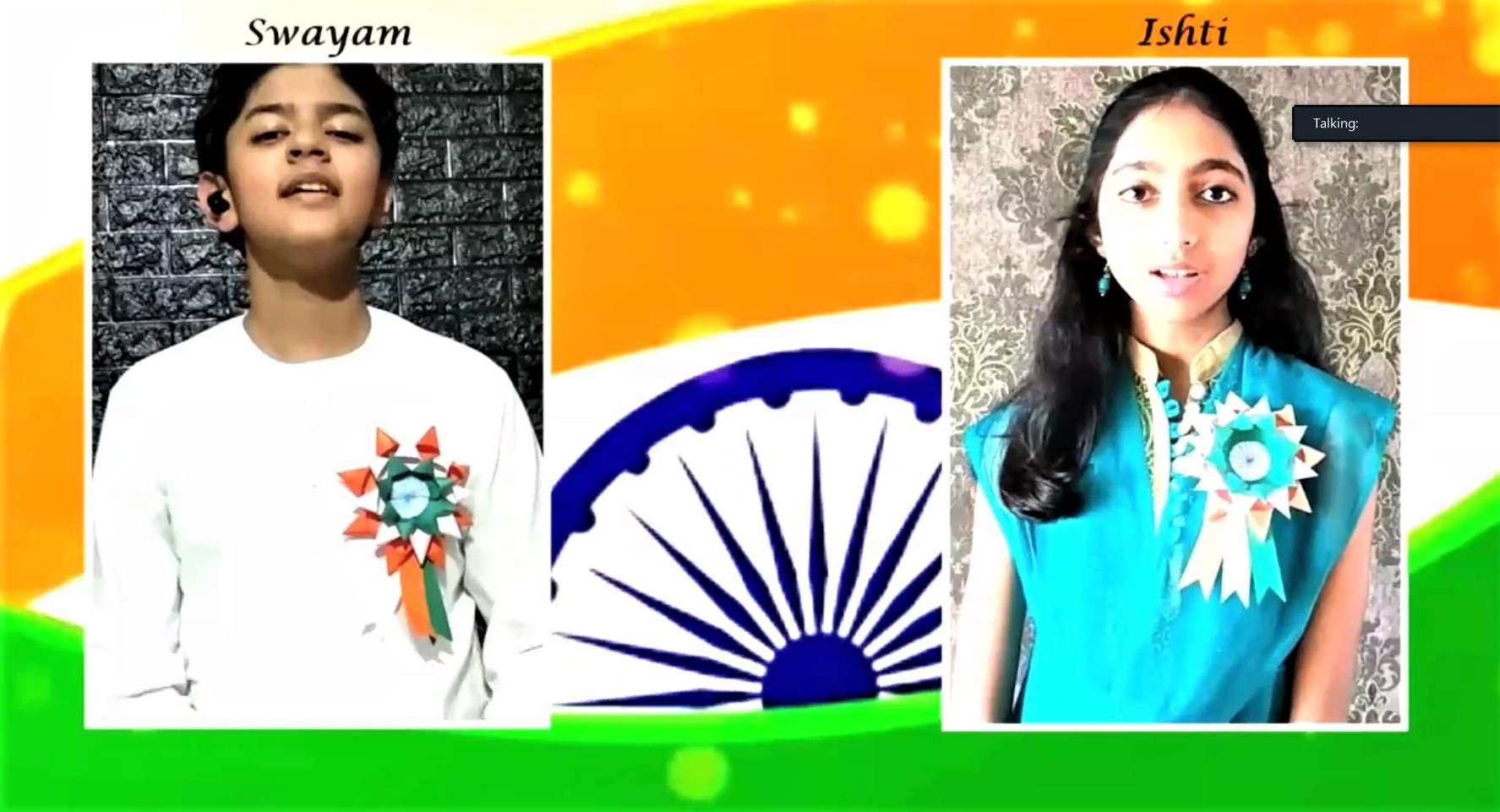 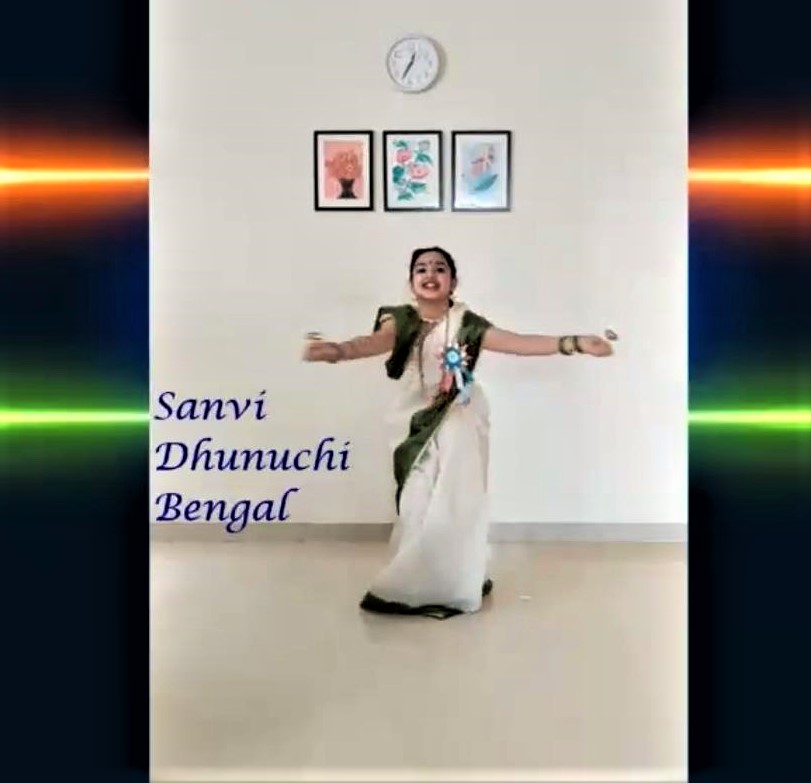 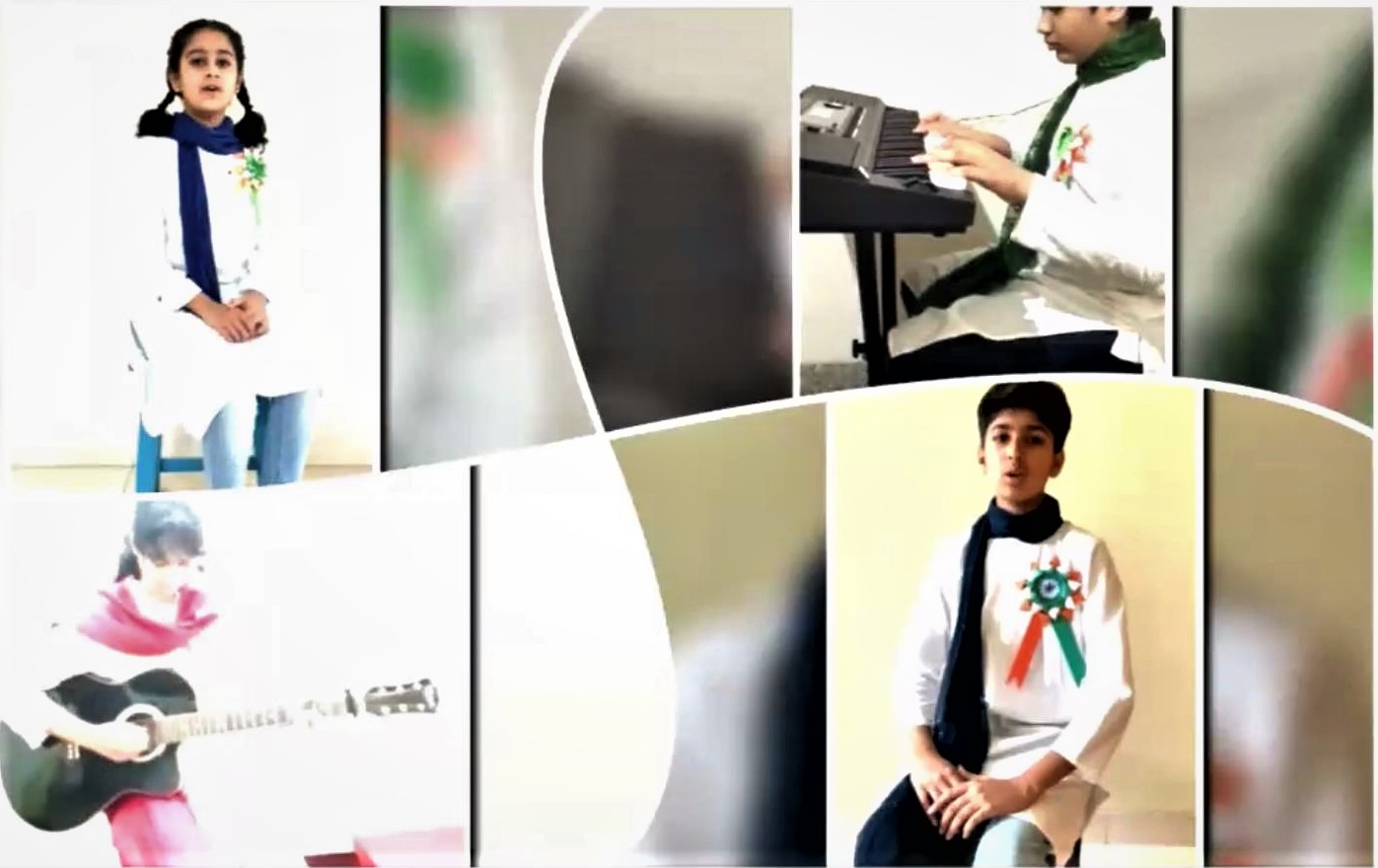 The dawn of 26th January 2021 brought with it hope for the citizens of India celebrating their 72nd Republic Day. The students of The Brigade Schools contributed to this patriotic fervour by presenting an online video showcase of Indian heritage through art.

The online programme commenced with the unfurling of the Indian Tricolour, an event that was telecast live to the students of the three Brigade Schools accompanied by the National Anthem sung in dulcet tones by six talented singers. The Principals addressed their students focusing on the importance of the Republic Day and our duties as citizens of India, as well as the respect we owe those who fought for this day and drafted the Indian Constitution. The four comperes then proceeded to lead the audience through songs, speeches and a dance that brought the vibrant colours of our country to life.

The first song – ‘Mera Mulk Mera Desh Mera ye Watan’ by Javed Akhtar with music by Anu Malik and originally sung by Kumar Sanu and Aditya Narayan, spoke about our country being a garden of peace, growth and love with every patriotic Indian willing to sacrifice body and soul for their motherland. The singers’ voices captured every nuance in the lyrics, and made listening to it a pleasure. The next song was a special soulful mash-up of patriotic songs from 2019. It was originally performed by Singers: Saheba, Pooja Giri, and Puja Lucky Sharma with Music by Gaurav Singh. The lyrics tug at heartstrings as they speak of the waters, fields and winds of our land. As our students crooned ‘Bharat Hamko Jaan Se Pyara Hain, Sabse Nyaraa Gulisthan Hamaara Hain’ the audience at home were enveloped in an embrace of nationalistic pride.

In the next segment, due respect was given to the Greats responsible for uniting India into an independent and sovereign state by formalizing the Indian Constitution under the dynamic chairmanship of Dr B. R. Ambedkar. The Drafting Committee looked at features of the Constitutions of different countries while formulating ours, which was adopted on 26th January 1950. Slides were shown as students spoke about all the important and interesting aspects – like the number of written words in the constitution being 1,17,369 words! As well as how Beohar Rammanohar Sinha took up the herculean challenge of hand-painting the Preamble page by making trips to places such as Ajanta, Ellora, Sanchi, Sarnath and Mahabalipuram for inspiration. This also motivated the Art team of the school to hand paint a similar border which was used as a backdrop in the presentation. All the performers also sported Tricolour paper badges that they had made themselves at home, with direction from the Art department.

The next song in the programme was Rajyotsava Dina that shed light on the pride and joy that Indians feel on this special day. Leaders like Sardar Vallabhai Patel, Pandit Nehru, Mahatma Gandhi and Dr.Ambedkar were venerated, and the Veera Balakagalu or Shaurya Awardees were acknowledged in the lyrics that were penned by a teacher of the school, Mr Ramesh Kashyap. Quoting two lines from this song that encompassed the feeling of unity we feel on Republic Day are ‘Swaatantra Bandamele Namma Janna; Gannavaagi Maadalu Yelaru Mana’ translated as- Once our country got its freedom, the people decided to form a republic. India is a land that is culturally vibrant, diverse and colourful, with art evident in good measure in the weft and weave of its heritage. Nothing captures this energy better than the varied dances of our states. The strains of Desh Rangila, Rangila provided the foot-tapping background for the nimble-toed dancers as they took the audience on a happy and lively journey of India by their agility and grace giving a befitting finale to the Republic Day programme.