News & Events / Sports as a Career 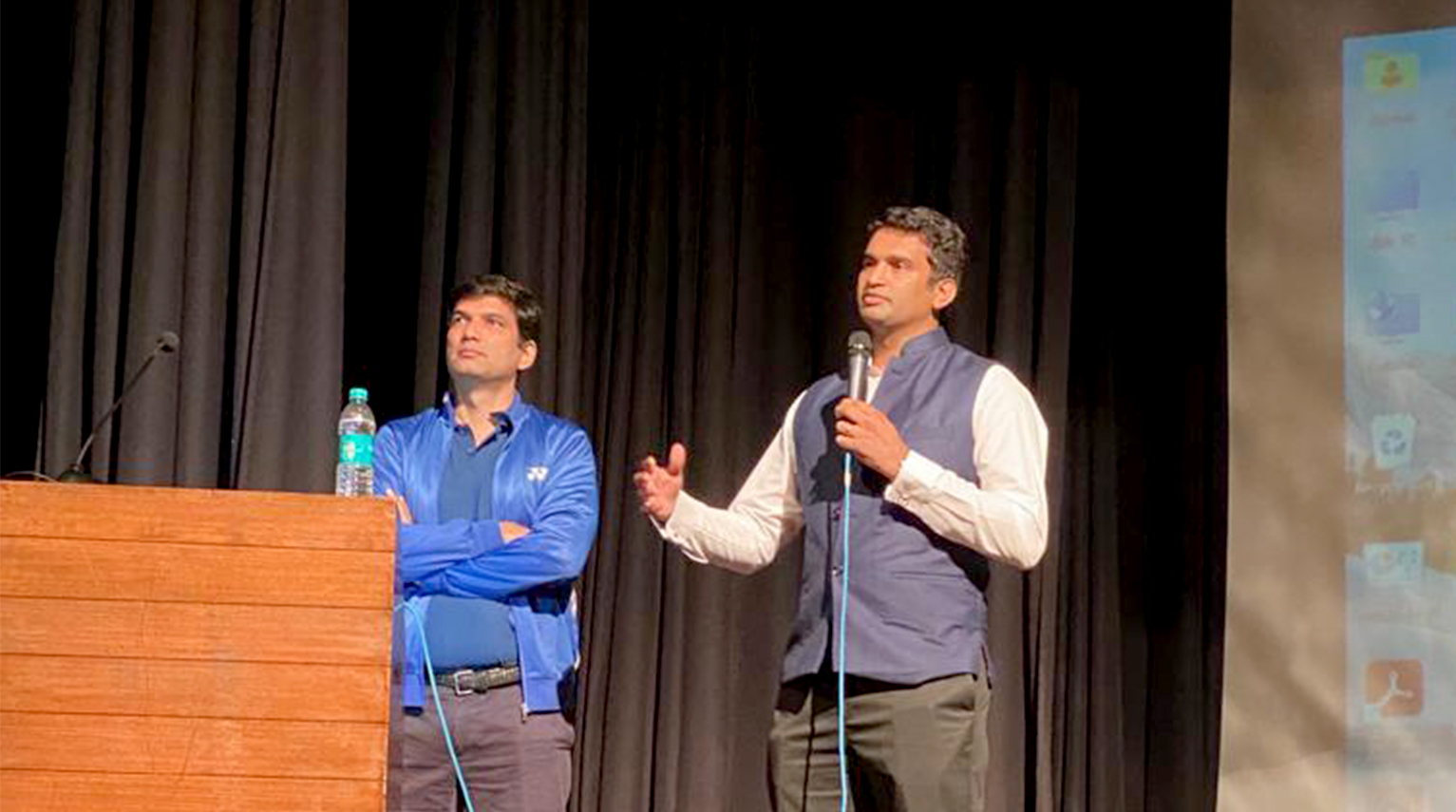 Mr. Vijay Lancy Mascarenhas and Mr. Anup Sridhar, international-level badminton players, addressed the students of Std 9-12. They spoke about their journey in professional sports and the various career options a sportsperson can pursue.

The first speaker to address the students was Mr. Anup Sridhar. Mr. Sridhar is an Olympic bronze medalist and an Arjuna awardee. Anup trained at the Prakash Padukone Badminton Academy in Bangalore and has represented the country in badminton. Anup spent several years abroad and has had exposure to international standards and methods of coaching and training. Anup’s best year on tour so far was 2007 during which he ended the year as the top Indian badminton player with a ranking of 25. His highest world ranking of 24 was achieved in early 2008. National Champion 2005, and 2006. India #1 2005, 2006, 2007 and 2008.
Having reached the semi-finals at the German Open and the Asian Badminton Championships and the quarterfinals at the Thailand Open and, most importantly, at the 2007 World Championships, the next year holds much promise for this budding shuttler.

Anup’s performance at the World Championships was rated among the top 10 Indian sporting performances of 2007. Having evolved as a player, Anup talked to the students about his various struggles while becoming a full-time badminton player. At the time, sports in India, especially badminton, were not taken seriously. However, Mr. Sridhar found a mentor in Prakash Padukone. Mr. Sridhar did face a few setbacks in his career, getting injured right before the 2008 Beijing Olympics. However, nothing deterred him from his ultimate goal. Mr. Sridhar believed in his capabilities and went on to win various championships. Now, he has founded the Anup Sridhar Badminton Academy.
Spread the love