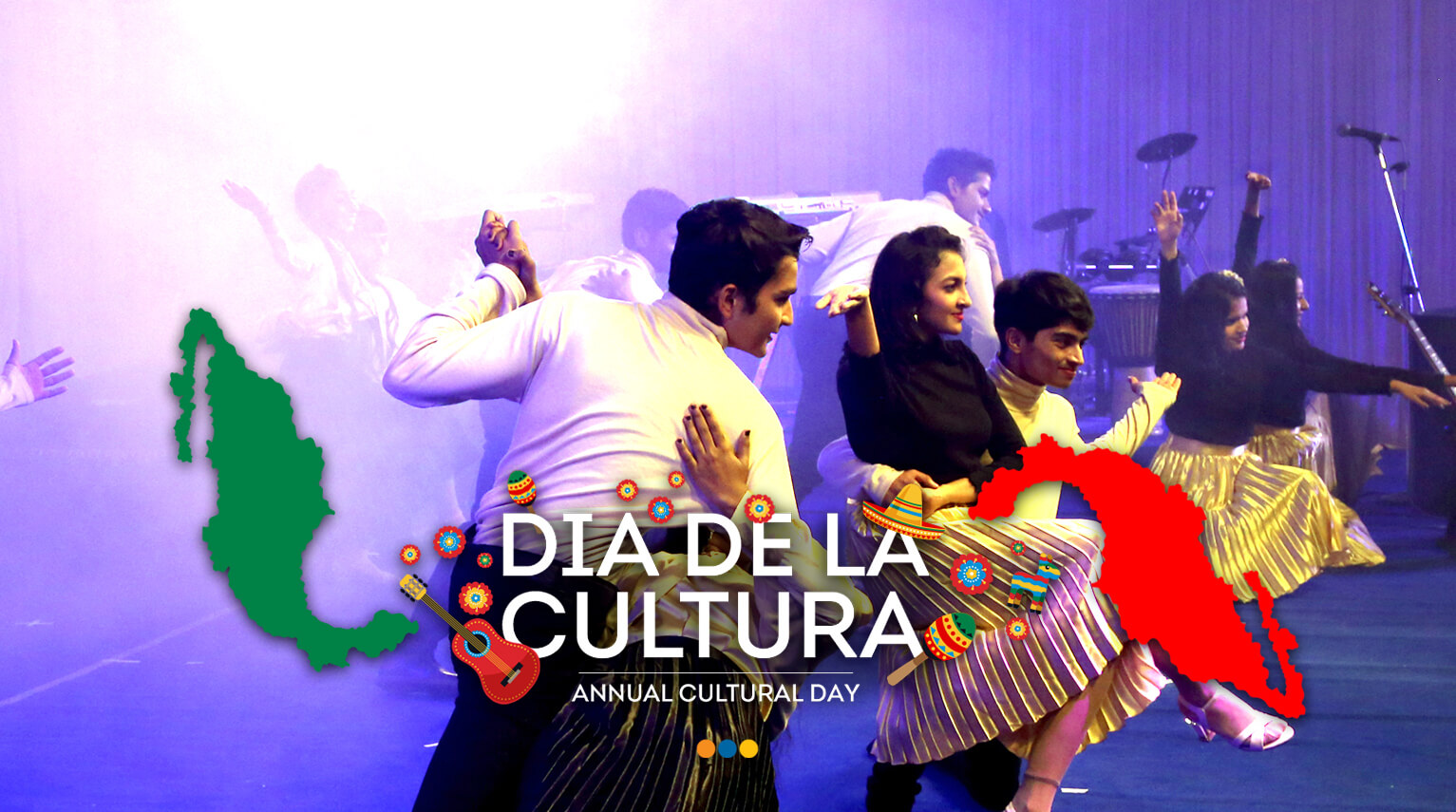 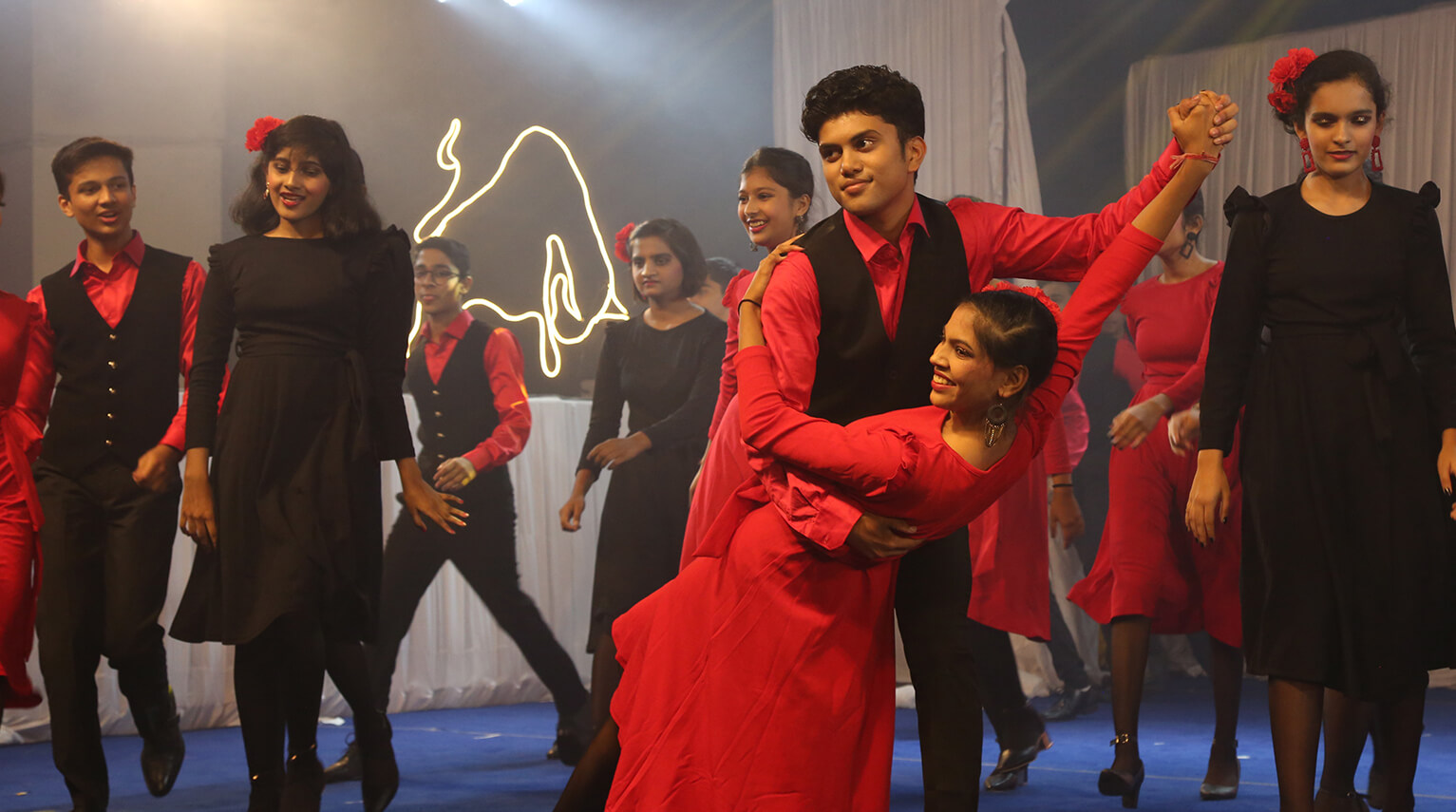 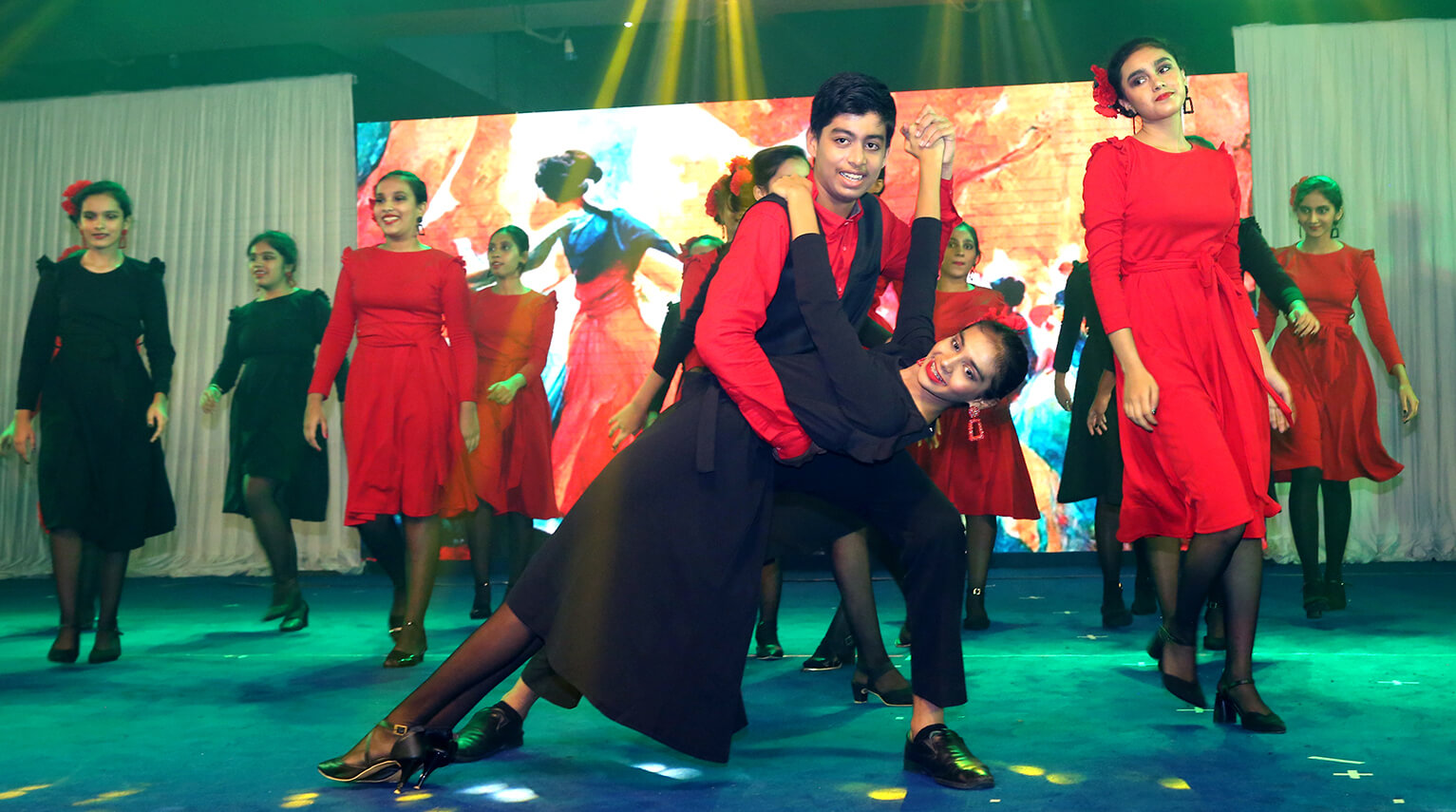 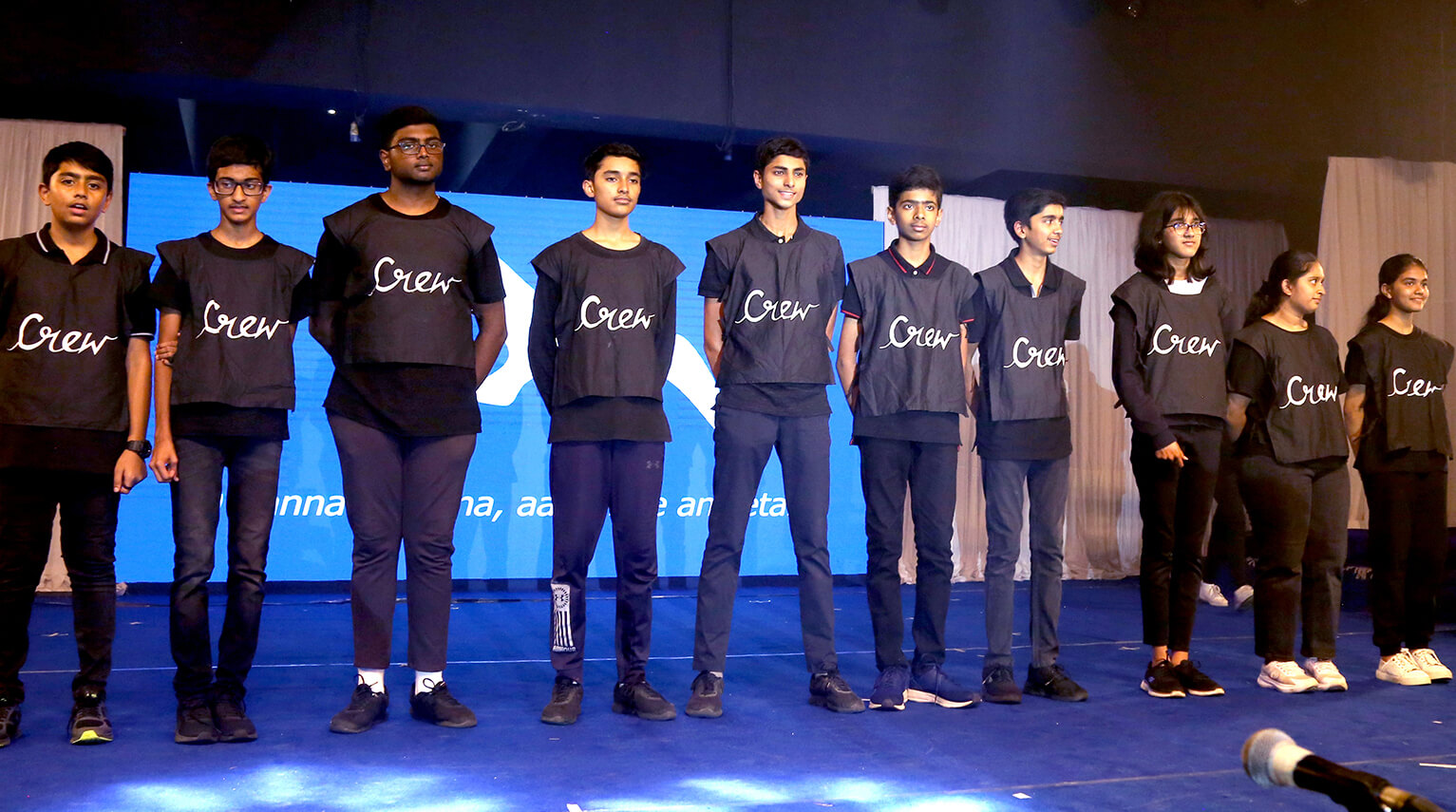 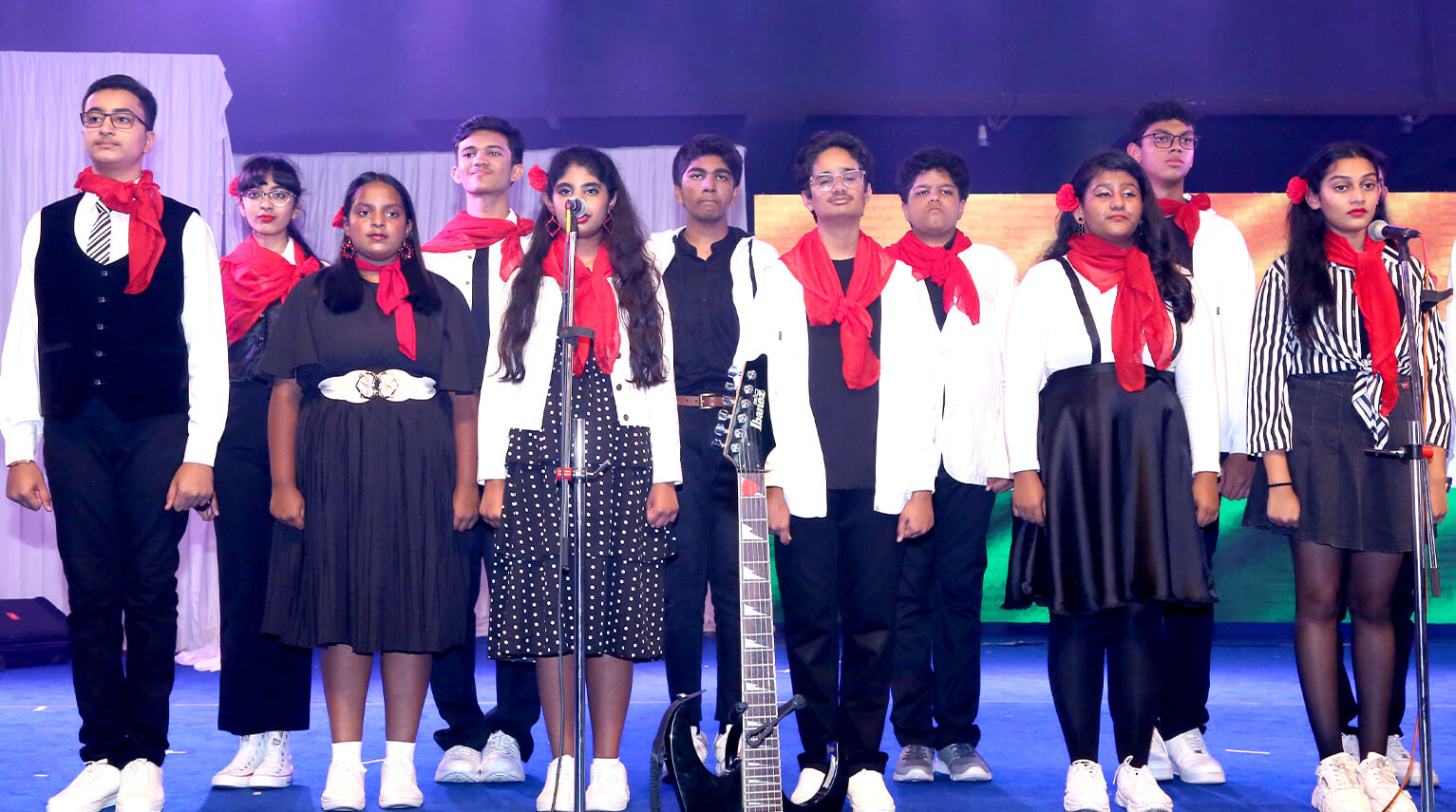 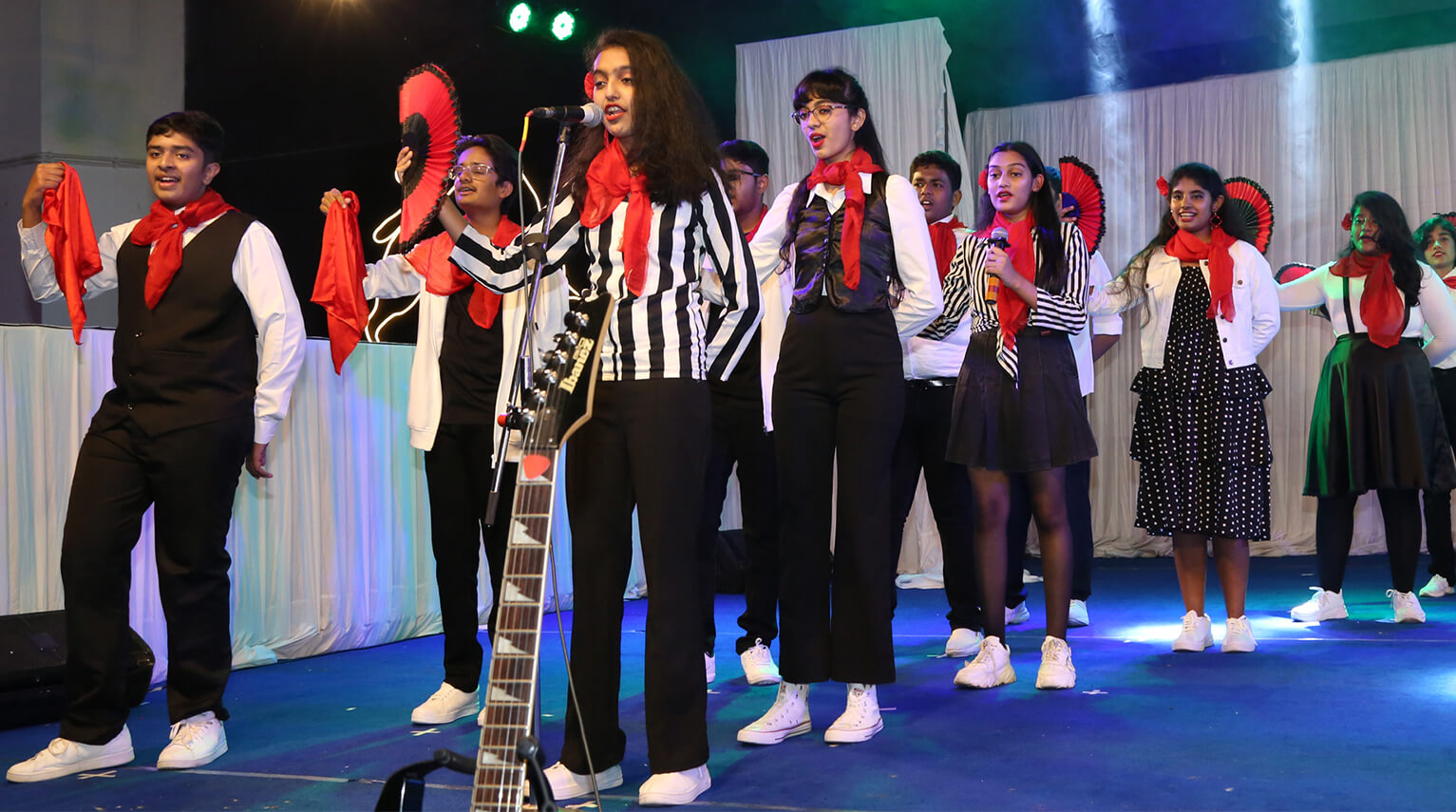 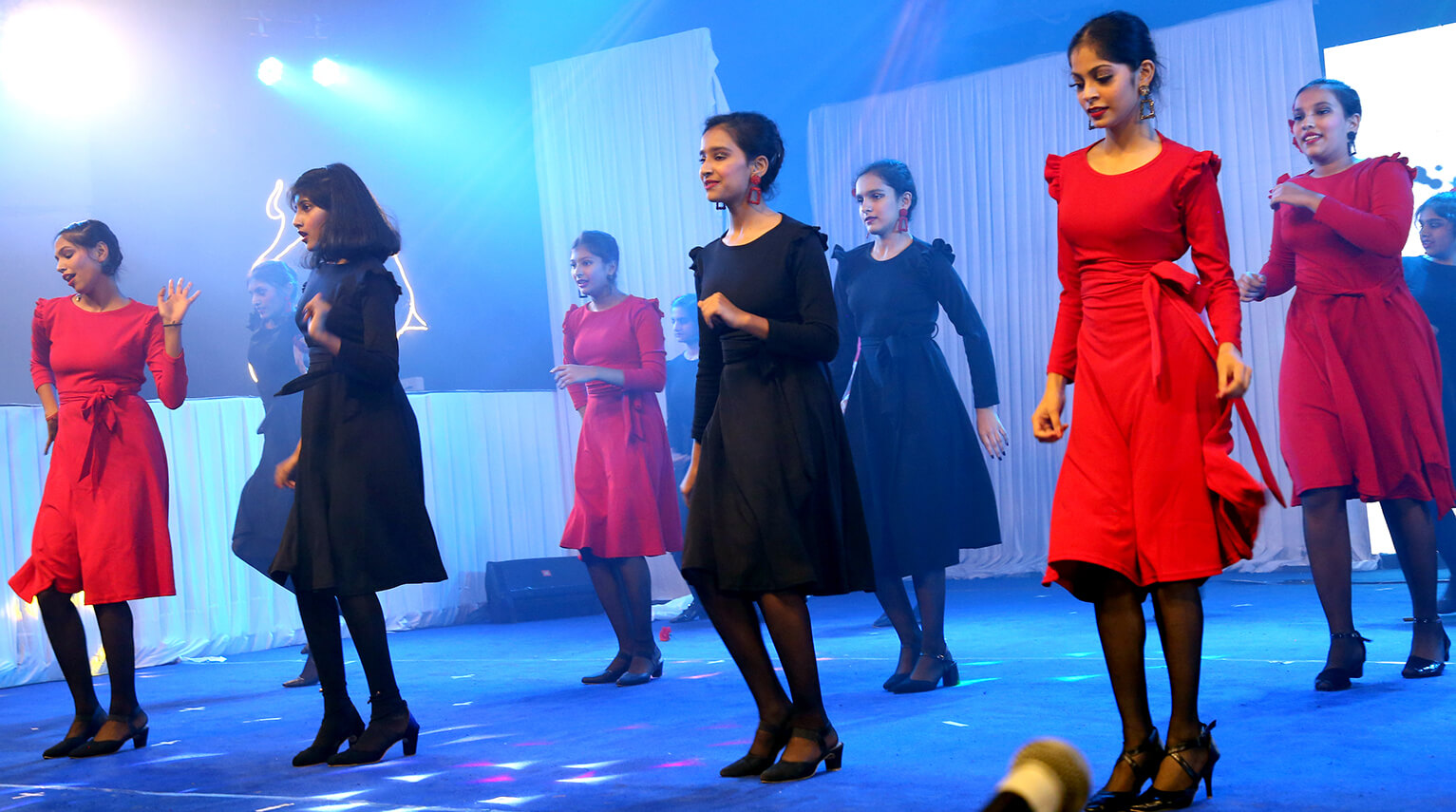 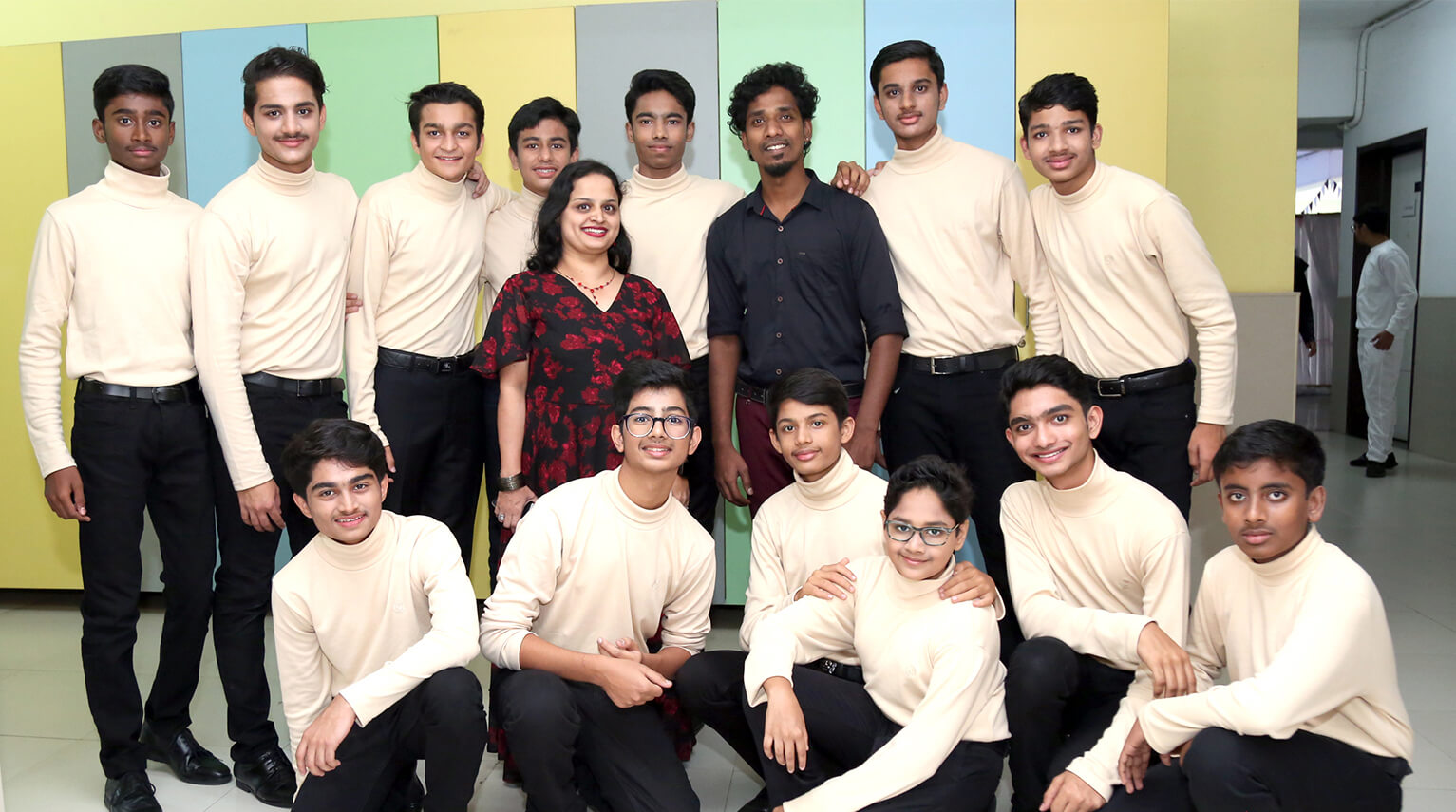 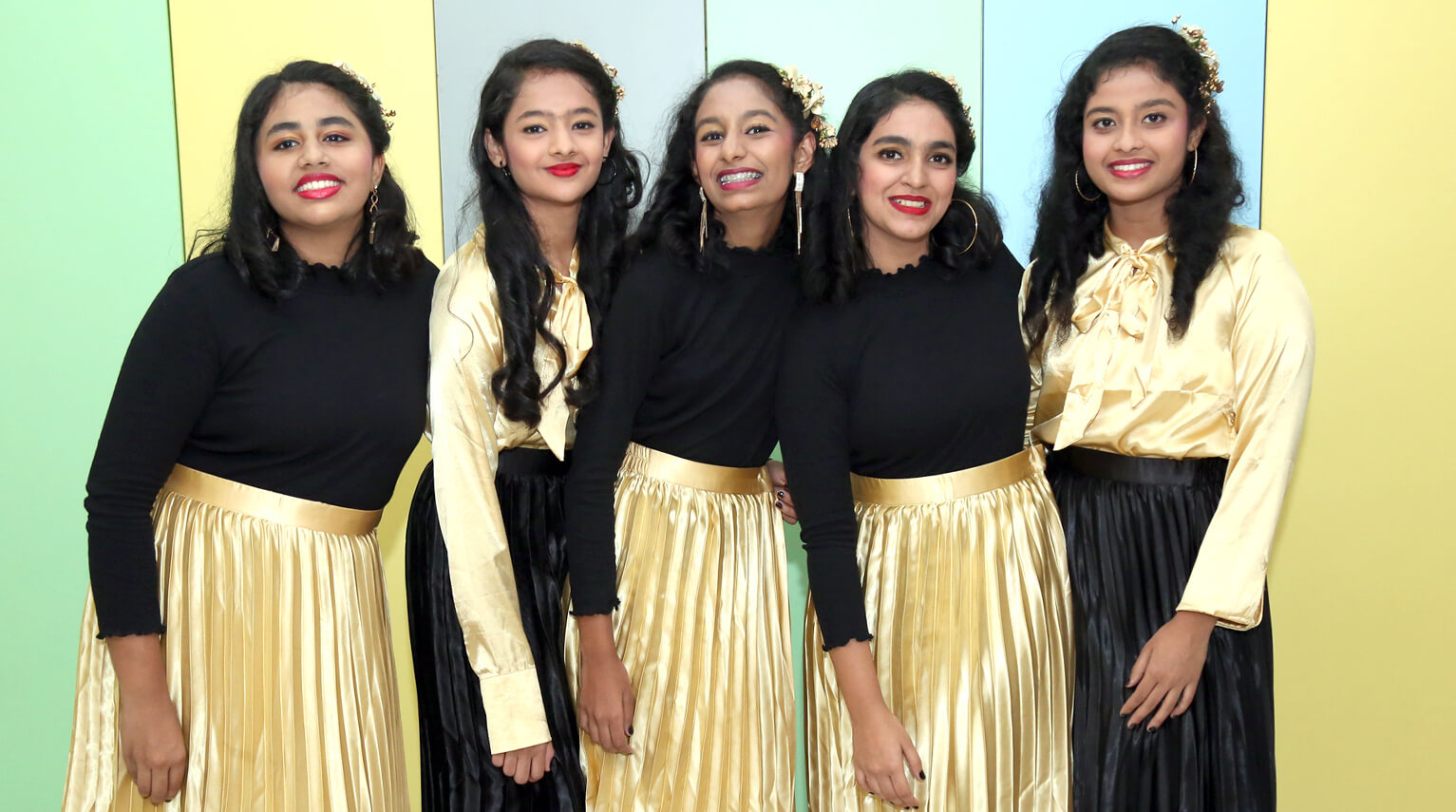 The formal part of the programme began with the welcome speech, lighting of the lamp, reading of the Annual Report and vote of thanks.
The cultural extravaganza commenced with the introduction to Spain – musical fiesta by the students with lilting Spanish tunes. Glimpses of glorious Espana, the land of stone castles, snow-capped mountains, vast monuments and sophisticated cities, were manifested picturesquely through the invigorating song.

La Isla Bonita, the song sung by the students, accompanied by the band, was the epitome of the Andalusian style of music.
The beats of the Salsa dance enthralled the audience with their spins, turns and shines.
Two episodes from Don Quixote, the Spanish epic by Miguel de Cervantes, added to the light-heartedness of the evening. The assortment of diverse characters added a comic edge to display the adventures of the errant knight, Don Quixote.

Following this was the mesmerizing dance by our students showcasing their agility and energy as they danced to the heady number Senorita – a combination of Salsa and Bollywood sequences.
The tempo in the programme continued with our students swaying and singing to the melodious beats of the La Bamba.-the 18th-century folk song.

Khushi Kothari of Std 9 gave a solo performance, playing the ‘Kalimba’, a musical instrument from Africa. She displayed her prowess, using both thumbs to produce a gentle ringing sound of music.
The ‘Dia de la Cultura’, was an extravaganza of music, dance and drama, making the evening memorable.